The two luxury companies have made a bespoke Phantom for Yusaku Maezawa, the founder of fashion retail web site Zozotown.

The bespoke Phantom Oribe created by Rolls-Royce and Hermès.

Photograph by Oli Tennent/Courtesy of Rolls-Royce

PERFECT UNION: In a rare collaboration, Rolls-Royce and Hermès have joined forces to create a bespoke Phantom for Japanese billionaire Yusaku Maezawa, the founder of fashion e-commerce site Zozotown.

The car features a green and cream exterior inspired by the glazes of antique Japanese Oribe ceramics, of which Maezawa is a prominent collector. The plush leather interior, finished predominantly in Hermès leather in a shade called “enea green,” is designed to resemble a private jet. 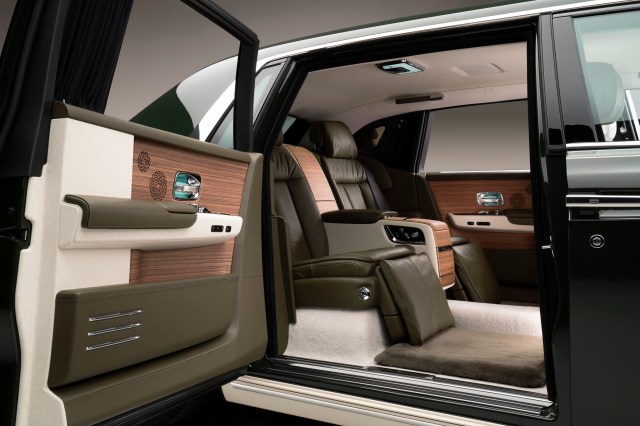 The interior of the bespoke Phantom Oribe created by Rolls-Royce and Hermès.  Photograph by Oli Tennent/Courtesy of Rolls-Royce

Special details include Hermès “Toile H” canvas on the door armrests, saddlery-inspired stitching on the leather upholstery, and walnut panels hand-painted with an artwork based on a design by French illustrator Pierre Péron, who created many of the French luxury house’s silk scarves.

The vehicle was created by a combined team of bespoke specialists at Rolls-Royce’s U.K. headquarters at Goodwood and Hermès in Paris. It marks the second collaboration between the two companies, who in 2008 created a custom Phantom for the Four Seasons Hotel George V in Paris, but it’s the first for a private client.

“It has been an extraordinary privilege to unite on such a creatively challenging, technically demanding commission and bring our client’s remarkable vision so beautifully to life,” he added. 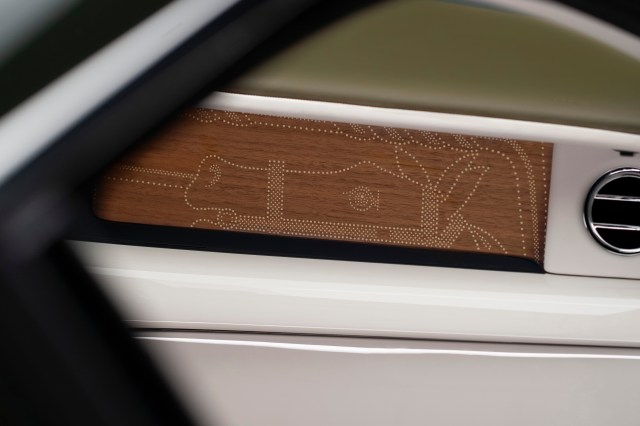 The interior of the bespoke Phantom Oribe created by Rolls-Royce and Hermès.  Courtesy of Rolls-Royce

In an unusual move, Rolls-Royce has made the bespoke Oribe Green paint it created for the car available for Maezawa’s matching private jet. The entrepreneur stepped down as CEO of Zozotown in 2019 when he sold most of his majority stake to Yahoo Japan.

While Rolls-Royce has been growing its bespoke offering, some celebrities are customizing their cars without the luxury automobile maker’s involvement.

Rapper Drake is due to unveil his Rolls-Royce Cullinan SUV customized by Chrome Hearts at the Institute of Contemporary Art in Miami on Saturday. The project was executed by German luxury car modification firm Mansory, a practice that allows car owners to take certain liberties: Drake has had Rolls-Royce‘s signature Spirit of Ecstasy hood ornament replaced with a Chrome Hearts cross.

Hermès Hauled in $2.7 Million in One China Store on Saturday