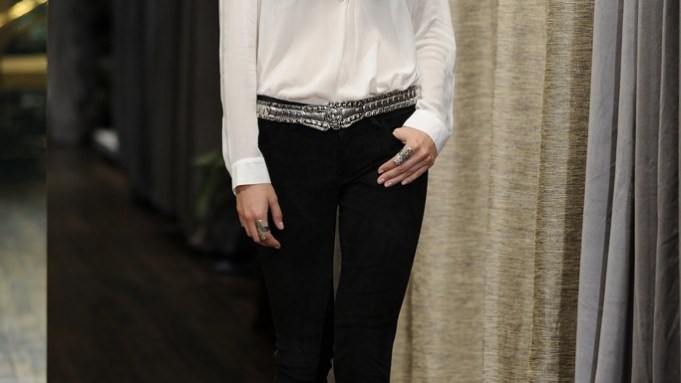 ROUND THE WORLD: After unveiling its fall collection with a runway show in Paris at the Musée Rodin last February, Swedish fast-fashion retailer H&M opted for New York Fashion Week to showcase its spring lineup, which was presented on Wednesday at the company’s showroom in the SoHo district.

“The U.S. is one of our most important markets,” said H&M head of design Ann-Sofie Johansson, explaining the company’s decision to present in New York. The company launched e-commerce in America in August and is gearing up to unveil the world’s biggest H&M store in Herald Center in fall 2014.

Johansson infused a Seventies, bohemian vibe in the collection. Fluid tunics and maxidresses embellished with tassels were paired with suede biker jackets and embroidered cotton bombers, while fitted blazers and skinny pants added a rock ’n’ roll tomboy feel to the lineup.