Royal Ascot Teams Up With Eight Milliners on Hat Collective 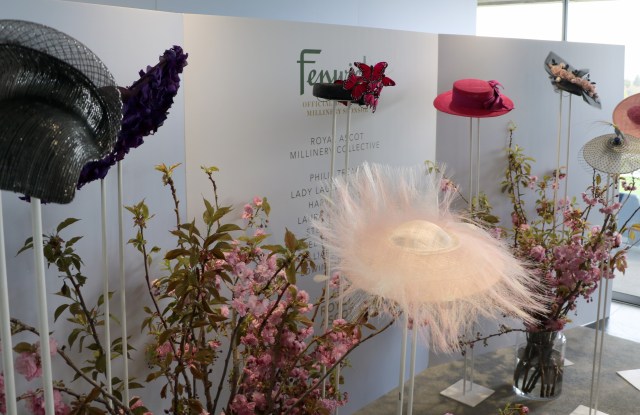 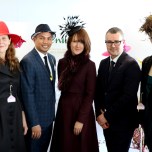 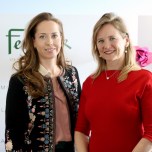 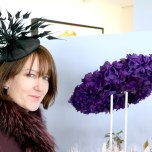 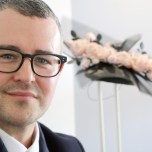 HATS OFF: Royal Ascot has collaborated with milliners on an eight-piece collective. The bespoke hat creations were on display in a box at Ascot Racecourse this week to mark the opening of the horse-racing season.

“Royal Ascot is about formal daywear and that is unusual in fashion,” Jones told WWD. “The Royal Ascot style guide has rules which have returned formality to style and elegance. It’s like a ‘hatty’ Christmas, birthday, Easter all rolled into one for me.”

Jones went for a romantic touch with his creation, which was made with a pink straw fringe coolie.

The designer, who recently completed pieces for the Rolling Stones’ “Exhibitionism” show at Saatchi Gallery in London, added he has a book due out in November. Called “Souvenirs,” it will be published by Rizzoli.

Butterflies were Cathcart’s muse, with red ones festooned onto a black woven straw base. “It evokes the spirit of the Ascot social butterfly as well as the English summer season, when bright young social butterflies spread their beautifully colored wings,” said Cathcart. “I wanted it to be feminine as well as chic and practical for watching the serious racing.”

“Royal Ascot has always been a highlight of the racing calendar and a fashion event in the British summer season,” said Mia Fenwick, head of buying at the Fenwick department store. “This year Fenwick celebrates our 125th anniversary on Bond Street and we have always been the destination for hats, but in the last few years there has been a really exciting new energy in millinery.”