Bling My Thing has teamed up with Swarovski to crystallize a “royal” Mini Cooper with more than 300,000 Swarovski touches applied by hand. 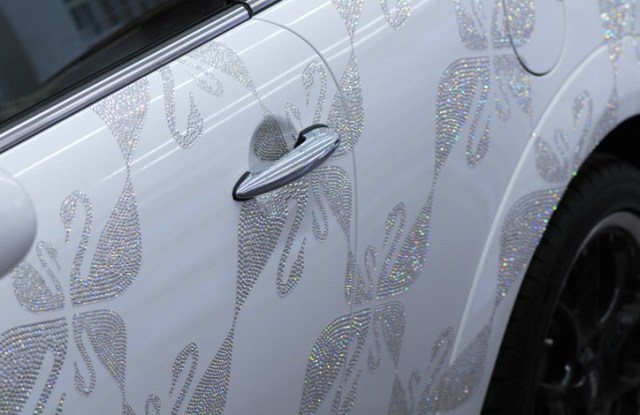 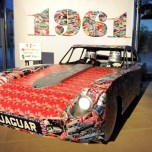 ROYAL BLING: Much has been made about Prince William’s and Kate Middleton’s pre- and post-wedding transportation plans — and everything else about their upcoming nuptials. Now Bling My Thing, a Berlin-based company, has teamed up with Swarovski to crystallize a “royal” Mini Cooper with more than 300,000 Swarovski touches applied by hand. A royal look-alike couple will unveil the wheels Saturday at Westfield, London, where the car with the glittery Union Jack roof and a Swanflower-imprinted chassis will be on display through May 1.

Across the pond in New York, Simon Doonan re-envisoned Jaguar’s 1961 E-Type Reveal Wednesday night for its 50th anniversary party at the IAC Building. “Transformers” star Megan Fox buzzed by but none of the VIPs drove off with the Jag.

HELP WANTED: New Yorkers might associate the Clinton Global Initiative with gridlock traffic, but at the end of June Bill Clinton will be rounding up CGI’ers in Chicago to try to hit the pedal on job growth. To date, CGI members have helped improve the lives of 300 million people through their 2,000 commitments, according to a statement released by the former president Thursday. More than 250 of those initiatives, which are said to be worth $11.6 billion, are underway in the U.S.

CGI America will be staged in President Obama’s hometown June 29-30 and will zero in on “that innovation and the urgency to get people working again,” Clinton said in Thursday’s release. Like CGI’s annual meeting in Manhattan, this summer’s brainstorming session will attract ceos from domestic companies, as well as international ones with U.S. operations, politicians and executives from nonprofits.

TURN UP THE HEAT: When Stanton Maxwell, a company he co-founded in 2008, became a casualty of the recession, Darren Greenblatt put fashion on the back burner to focus on Donna Bell’s Bake Shop. After a summer of selling sweets from a vintage ice cream truck at the Jersey Shore, he will open a freestanding store at 301 West 49th Street later this month. Greenblatt and his business partner and friend Pauley Perrette, who stars in “NCIS,” first met in the Hell’s Kitchen neighborhood 20 years ago. Their Southern-slanted takeout and catering menu includes mint julep muffins, Mississippi mud pudding, chicken dumpling soup and other savories made from recipes culled by Perrette’s mother Donna Bell, whom the company is named for. Greenblatt and the NCIS actress are cooking up a celebrity-centric launch during next month’s upfronts.