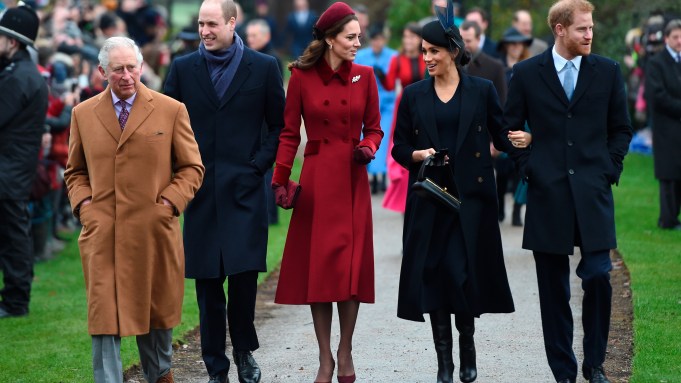 Like most other families, Christmas this year is looking different for the British royal family.

For the second year in a row amid the COVID-19 pandemic, Queen Elizabeth II, her children, grandchildren and great grandchildren will not be coming together at her estate at Sandringham to celebrate the holiday. The royal family has celebrated every Christmas holiday at Sandringham since 1988. This Christmas also marks the first holiday since the passing of Prince Philip, who died at the age of 99 in April.

The visit to Sandringham has been a long-standing tradition for the family, who famously greet spectators as they leave church services on Christmas Day. In recent years the royals’ Sandringham appearances have garnered more attention as the Duchess of Sussex, Meghan Markle, has joined the royal family.

Markle made her first Christmas appearance in 2017, when she joined the royal family just a month after she and Prince Harry revealed their engagement. The couple joined the family at Sandringham again the following year, but chose to celebrate the holiday separately in 2019 with their newborn son Archie during their six-week holiday break on Vancouver Island.

In 2019, Prince George and Princess Charlotte made their first Christmas Day appearances at Sandringham when they accompanied their parents Prince William and Kate Middleton to church services.

Princess Diana spent many Christmases at Sandringham and continued to join the British royal family for the holiday after she announced her separation from Prince Charles in 1992, but stopped after their divorce in 1996. One of Princess Diana’s Christmas visits to Sandringham in the early Nineties was the subject of the highly-acclaimed “Spencer” movie starring Kristen Stewart as the princess, which released last month. The film followed Princess Diana during a pivotal Christmas holiday where she “decided her marriage wasn’t working and that she needed to veer from a path that put her in line to one day be queen.”

It is expected that the queen will remain at Windsor Castle for Christmas, where she has been primarily staying throughout the pandemic.

Click through the above gallery to see photos of the British royal family celebrating Christmas through the years.