The Duke and Duchess of Cambridge and Prince Harry turned out to watch William and Harry’s cousin Zara compete in equestrian eventing at the Olympics. 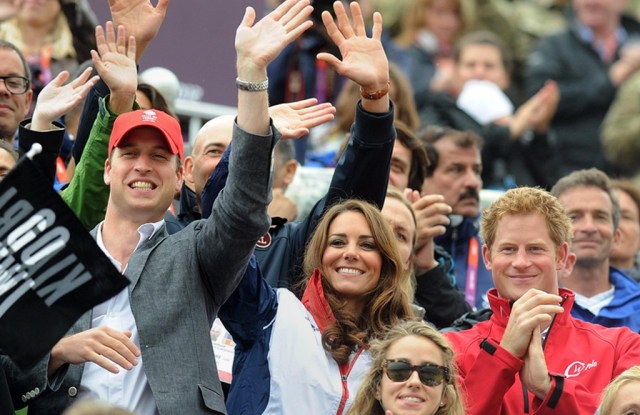 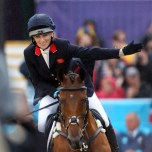 ROYAL WATCH: The Duke and Duchess of Cambridge and Prince Harry proved loyal to their family connections Tuesday when they turned out to watch William and Harry’s cousin Zara Phillips compete as part of the British team in equestrian eventing at the Olympics. Phillips and her team won the silver medal in the competition, while Germany took the gold. Eventing combines elements of dressage, cross-country and show jumping, and Phillips competed on her horse High Kingdom. She was also watched by her mother Princess Anne, her husband Mike Tindall and the Duchess of Cornwall. “It’s nice that they’ve managed to come and watch,” Phillips said after the competition, adding that the crowd had given her “a massive lift” during the event. Later Tuesday, Princess Anne — who competed in the same sport at the Montreal Olympics in 1976 — presented Phillips and her fellow team members with their silver medals.

Kate wore a striped navy and white tank top under a navy blazer to attend the event, while William and Harry sported Team GB polo shirts.