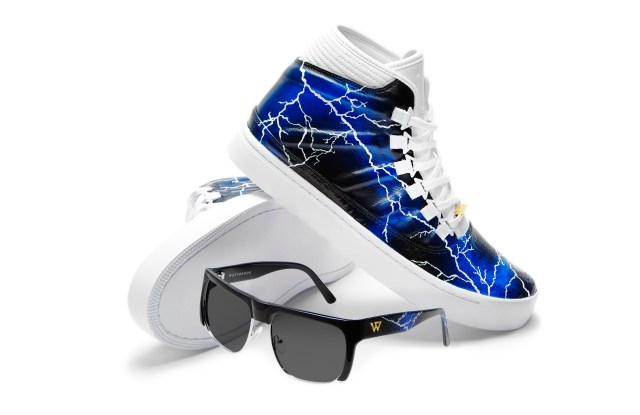 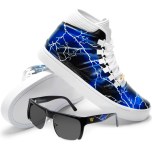 PAIRING UP: NBA player Russell Westbrook is teaming with Los Angeles stylist and visual artist Paul Shelton, also known as McFlyy, on a collaboration for his eyewear brand Westbrook Frames.

Shelton’s capsule, which is Edition One in the Artist Series collection, is available this week on westbrookframes.com, and includes two packages composed of a pair of the Westbrook 0, which is the NBA player’s lifestyle shoe for Jordan Brand, and the Inglewood sunglasses.

The White Lightning style is inspired by Westbrook’s basketball team, the Oklahoma City Thunder, while Black Camo is a play on the classic camo print. The limited-edition pieces – only 14 sets were produced — are hand-painted by Shelton. The packages retail for $350.

“It was great to collaborate with McFlyy and incorporate such a cool design on my shoes and glasses,” said Westbrook. “For those quick enough to purchase they will truly have two unique pieces to enhance their look.”

This is only one of the many fashion collaborations Westbrook has attached himself to. The fearless dresser worked with Tim Coppens on a capsule collection for Barneys New York earlier this year and he also serves as a creative director at True Religion. Westbrook will release other editions in this series with different artists.