An eclectic mix turned out to greet the new author including Paula Zahn, Nicole Miller and Allison Sarofim. 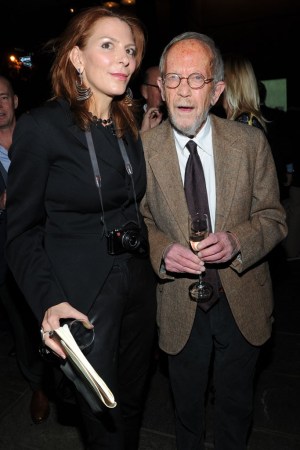 RUST BELT AT THE WHITNEY: On Tuesday night at a party to celebrate the publication of “Detroit: 138 Square Miles,” at The Whitney Museum of American Art, Julia Reyes Taubman took a quick detour from thanking her supporters to name check the 1990 Megadeth album “Rust in Peace.” “That may be the message of the book.…It was their fourth studio album, and it’s the greatest cover anybody’s ever seen,” Taubman told a crowd of well-wishers assembled in the museum’s subsidewalk lobby. The nearly 500-page book features Taubman’s photographs of post-industrial Detroit. “So [the album] really has nothing to do with Detroit, but if it encouraged somebody to look at that Megadeth cover and think about it, that would be cool.”

An eclectic mix turned out to greet the new author including Paula Zahn, Nicole Miller and Allison Sarofim. Taubman, who thanked nearly all on hand for their support, seemed genuinely shocked at the reception. “It’s not about me,” she said. “It’s about these buildings that people haven’t seen.” Taubman’s friend and fellow Detroiter Elmore Leonard, who wrote the book’s foreword, proved a particularly ardent supporter. “I think it’s great,” the novelist said as he leafed through a copy. “I’ve read the whole thing at least twice or three times.”