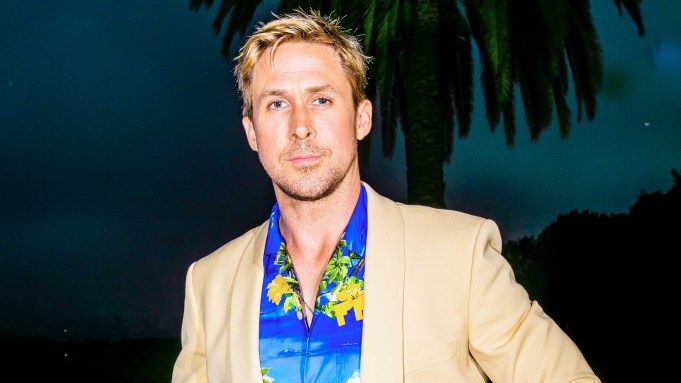 After a four-year break, Ryan Gosling is returning to the screen in “The Gray Man,” a Netflix thriller opening in theaters on Friday and streaming on July 22.

The Joe and Anthony Russo-directed, action-packed film sees Gosling starring as Sierra Six, a CIA black ops spy who is forced to go on the run after revealing incriminating secrets about the agency.

Unlike the suave James Bond, Sierra Six is pragmatic, and that extends to his wardrobe, which is designed to blend in, or “go gray.”

“There’s been lots of great spies, and I think it was challenging but exciting to try and create one that was different,” Gosling said during an interview at a watch dinner in L.A. Tuesday night marking Tag Heuer‘s integration into the film. “He’s more of a blue collar Bond. He’s a working class guy. He’s not under any romantic ideas of what it’s like to be a spy, you know? He’s like an analog hero in a digital world. He doesn’t have tech, he doesn’t have gadgets, he has ingenuity and a sense of humor.”

Six’s clothes are not Savile Row suits, but rather everyman looks collected along the way.

“The character is just acquiring clothes as he moves through his day, he’s not sitting around thinking about what to wear. So I tried in choosing the clothes for the movie to do the same,” said Gosling, a Tag Heuer ambassador, who even pulled a jumpsuit from his stunt coordinator’s Orange County-based martial arts school to wear in the film.

“My character is just an ordinary guy, he’d rather be a plumber or be home watching Netflix like everyone else. He doesn’t even want to be in the spotlight…he’s sort of sucked into this. He’s pulled out of prison and these are his choices. He can die in jail or die as a spy. He chooses this because it’s a way to live a little before he dies. So everything he’s wearing in the movie, his style, everything you know, outside of his watch, is something that he hasn’t really chosen, it’s been chosen for him,” the actor added, going on to explain how he first came to appreciate the transformative power of clothes.

“Probably the reason I’m in this business is that my uncle one day came home and decided he was going to be an Elvis impersonator. And it started with him bedazzling this eagle onto the back of a white jumpsuit. And I’m from a paper mill town where my dad worked at a paper mill and the men in my family worked in the paper mill. And a white jumpsuit with bedazzled eagles was a striking thing to see. But it was transformative, and it kind of changed him, you know, it empowered him to be this character.”

The film was the most physically demanding he’s ever made, Gosling said, adding that it helped get him in shape for his next role as Ken alongside Margot Robbie in “Barbie.” He was still sporting his bleached locks at the dinner, and in the Tag Heuer ads for the 39 mm steel Carrera Three Hands watch he wears throughout the film.

“It was the perfect watch for this character because [spies] live and die by every second. It’s all about precision. I think that’s why watches figure so heavily in spy movies in general and specifically for this character who is pulled out of prison, he’s already lost so much time. And he takes this job as a spy to get a little more time to live his life…So time is ticking.”