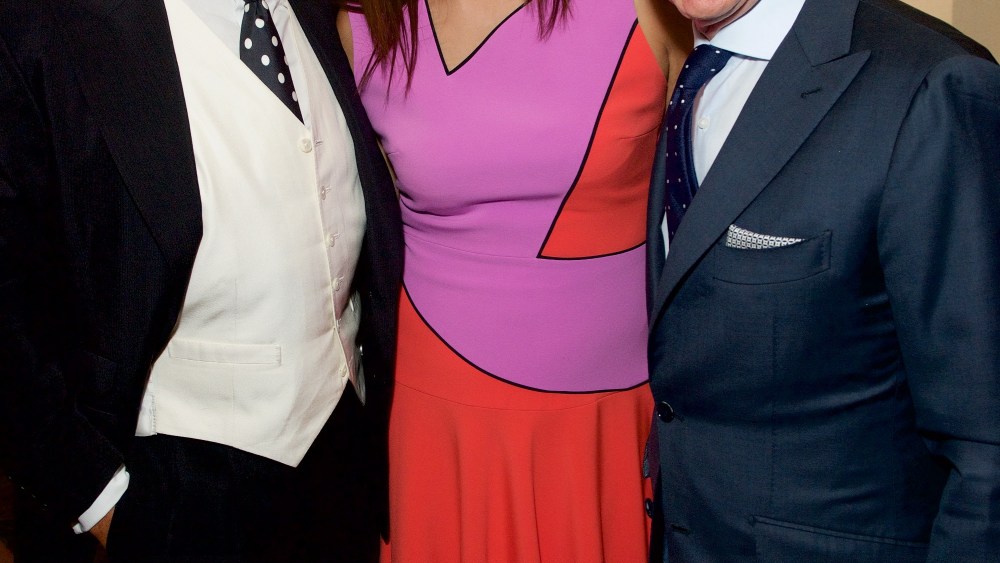 MAKING HER MARK: “Let’s go upstairs to Studio 54” teased Tommy Hilfiger after dinner as music filtered down from the upper floor of the grand-but-cozy Georgian townhouse that houses Mark’s Club London.

Guests at the small, lively affair hosted by Sabrina Fung and her family’s retail group, refused to say die after a seafood dinner at the private members’ club in Mayfair.

While some left before a dessert of chocolate mousse, wedges of airy cheesecake and apple strudel slices, many gathered on the upstairs bar or on the back terrace sipping Champagne, Moscow Mules and various nightcaps.

Fung, group managing director of Fung Retailing Group, was the hostess with the most — including in the sequin department.

Earlier in the evening, she was easy to spot in her sparkly Sonia Rykiel top as she greeted the likes of Hilfiger, David Gandy, Eva Herzigova, Julie de Libran, Mark Frost, Eric Jennings, Tom Chapman and a host of top editors.

Fung, who was born in New York but is based in Hong Kong, oversees a range of businesses including men’s wear brands Gieves & Hawkes, Kilgour, Cerruti, and Kent & Curwen.

Having spent much of her career — and life — between China and North America, she said she’s getting to know London a little better, often with her three young children in tow. “We go to Legoland and they go riding in Hyde Park,” said Fung, who spends much of her time on an airplane.

She spent the better part of Friday evening circulating tables for toasts, raising her glass of red wine and thanking guests — profusely — for supporting her men’s wear brands.

Fung also said Sonia Rykiel is hitting its stride under de Libran, its creative director, who also turned heads when she arrived in a frothy lace dress with a high thigh slit.

The latter made a beeline for her friend and Paris colleague Jason Basmajian, who’s now heating up Fung’s Cerruti brand after revamping Gieves & Hawkes.

Basmajian was as sharply dressed as ever — with a conversation piece adorning his left lapel. “It’s a good luck bug,” he said pointing to the small bejeweled insect. “I think it’s Chaumet.”

David Beckham was the only prominent no-show, as he had been summoned to the funeral of Muhammad Ali.

The retired football star has a joint venture with Fung’s Kent & Curwen brand, and will be involved in product development, market expansion, advertising and store design and location, as reported.

The first Beckham-influenced collection is to be unveiled in September.