FRIGHT NIGHT: If Saint Laurent’s online spring fashion show, set in a spectacular desert landscape, was the stuff of dreams, the short film the house unveiled on Wednesday is steeped in the opposite register: the Seventies Italian thriller genre known as “giallo.”

Saint Laurent creative director Anthony Vaccarello reunited with director Gaspar Noé for the eight-minute film, titled “Summer of ’21,” which stars Charlotte Rampling as a “mysterious and haunted priestess” presiding over a gaggle of unsettling women in a mansion after dark.

It begins with a model running through a forest screaming in terror after hearing a menacing-sounding dog. Inside the house, Rampling prowls red-walled corridors dressed in a Sixties-style printed floral tunic trimmed with marabou feathers. The whole thing is set to a remix of the Donna Summer track “I Feel Love” by French musician Sebastian. 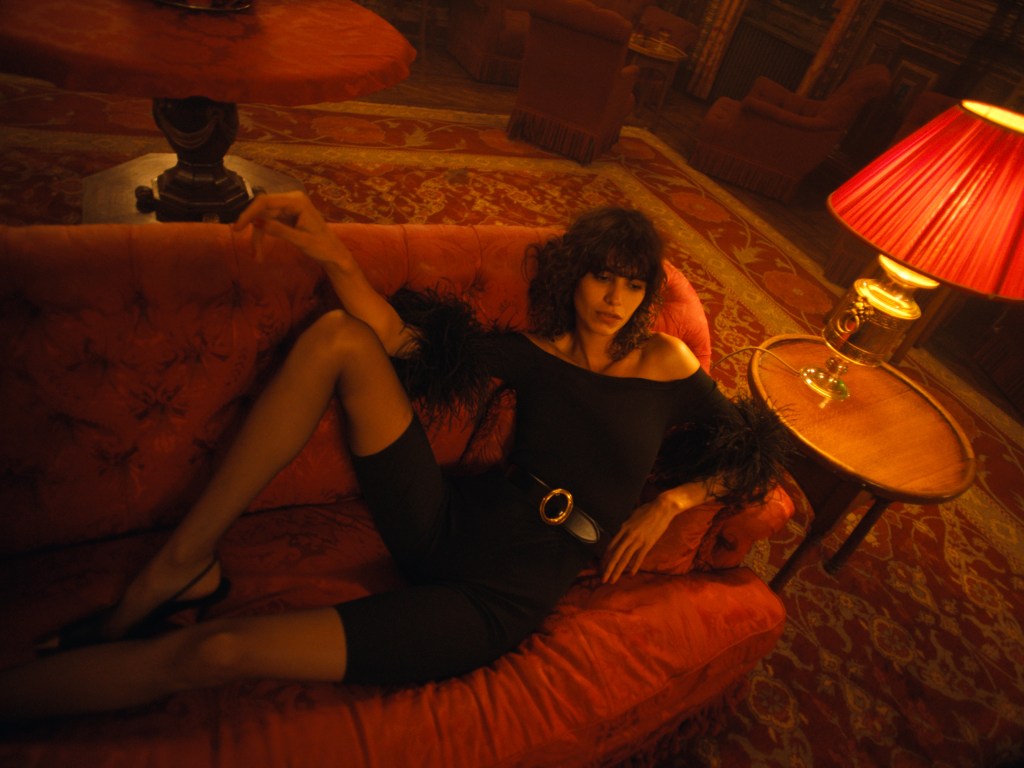 Models including Anok Yai, Grace Hartzel, Mica Argañaraz, Sora Choi and DJ Clara Deshayes, aka Clara 3000, lounge listlessly on red upholstered sofas. A curtain call beckons them into a private theater, where they take their socially distanced seats to watch Rampling pulsing to the beat, in a cross between a seance and a trance.

The house said the atmosphere was designed to evoke “dreaminess and tension, decadence and danger,” and was inspired by the first Saint Laurent Rive Gauche boutiques of the Sixties. Noé, known for controversial movies like “Irreversible,” puts his signature dark spin on the “Belle de Jour” aesthetic of that era with images bathed in hazy red light.

Vaccarello has a history of collaborations with filmmakers, including Wong Kar Wai, as part of the house’s ongoing Self project, which taps creative figures to capture different aspects of the Saint Laurent personality through art and social commentary. The house also produced a documentary directed by Abel Ferrara that was screened at the Venice Film Festival.

As part of the program, Noé shot a 52-minute film, “Lux Aeterna,” that was presented out of competition at the 2019 Cannes Film Festival and featured Béatrice Dalle and Charlotte Gainsbourg, who at one point is tied to a stake like a witch.