The retailer and the Aviva Foundation hosted the Annual Platinum Associates luncheon featuring the Chanel Cruise collection at the home of Susan Casden. 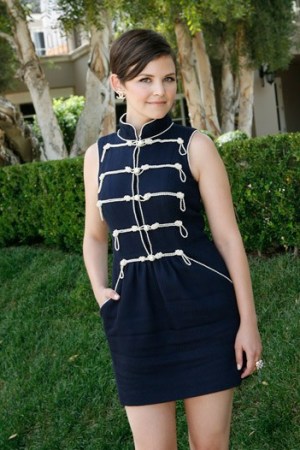 Out in Los Angeles, Saks Fifth Avenue and the Aviva Foundation hosted the Platinum Associates luncheon, featuring the Chanel Cruise collection. In order to re-create the “Coco on the Lido” theme of the house’s Venice show, hostess Susan Casden shipped in sand to create a fake seashore and sacrificed her croquet lawn to a temporary boardwalk. As Colleen and Maria Bell, Crystal Lourd and Kelly Katz slipped out of their heels to walk on the artificial dunes, Ginnifer Goodwin and Perrey Reeves kept cool in the shade. “It feels like a day at the beach, which is not a bad way to spend my day off,” said Goodwin.

“I saw the documentary ‘Triage’ about Dr. Orbinski and I wanted to meet him,” said Belle. “What he does really makes you stop and think.” After Orbinski’s presentation, guests lingered to discuss Dignitas’ community-based HIV centers in Malawi.