The venue offered stunning panoramic views of Milan for an array of designers and executives. 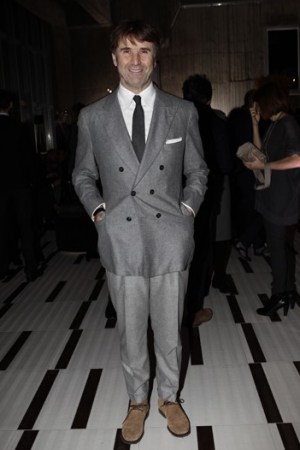 TALL ORDER: The Pirelli Tower, the venue for a Saks Fifth Avenue and WSJ cocktail on Friday, offered stunning panoramic views of Milan for an array of designers and executives, including Giorgio Armani’s John Hooks and Valentino’s Stefano Sassi.

One of the building’s unfortunate claims to fame was that it was struck by a small airplane in 2002. “It was bizarre,” recalled Angela Missoni. “Anyways, I live in the country.”

Neil Barrett was still buzzing from a Katy Perry concert two nights earlier. He marveled at her career trajectory, noting the first time she performed in Milan it was for merely a few dozen people.