Saks, Sony Team Up With ‘The Emoji Movie’

The film, which opens July 28, has a pop-up on the fifth floor in the Collective department at Saks. 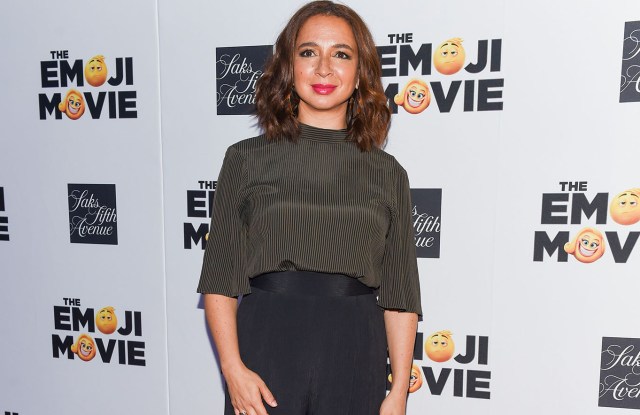 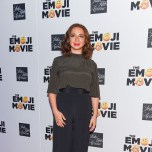 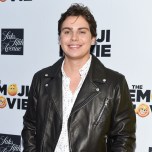 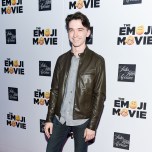 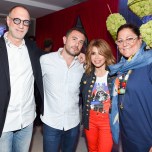 EMOJI MOMENT: “We love partnering with of-the-moment pop culture experiences,” said John Antonini, director of stores, New York Metro, at Saks Fifth Avenue, who was standing on the red carpet outside the Saks flagship Monday night. He was pointing to “The Emoji Movie” windows that were installed along 50th Street — so appropriate, considering it was World Emoji Day. “They really bring emojis to life,” he said.

“Anytime we can bring technology into the windows is exciting,” he added, pointing out that customers can interact, play and dance with the emojis.

Saks has partnered with brands such as Jason Wu, Mackage, Del Toro Footwear, Orlebar Brown, Gents and Havianas to create “The Emoji Movie” merchandise, ranging from swimsuits and bomber jackets to sweaters (with removable emojis) and flip-flops.

“The Emoji Movie,” which opens July 28, has a pop-up on the fifth floor in the Collective, and items are scattered throughout the store in both the New York flagship and Beverly Hills store. The merchandise is geared to men, women and children.

One of “The Emoji Movie” windows at Saks.  Clint Spaulding/WWD

Jamie Stevens, executive vice president, worldwide consumer products at Sony Pictures Entertainment, said, “Emojis are a universal language and now ‘The Emoji Movie’ adds a new dimension to that global connection. We created an imaginative world that lives inside our smartphones and that creative idea is interesting to explore and naturally lends itself to be translated into other forms of expression, especially fashion.” She added that she was very excited to work with Saks and the group of designers on this fashion project “to extend this high-concept idea into a space where both art forms can truly express themselves in unique and playful ways.”

Austin, who plays Alex, the only human character in the film, said, “It was one of the quickest projects,” noting they started filming last October. “Everyone had a lot of freedom. I’m really happy with what I’ve seen so far.” The movie is geared to people of all ages.

Tony Leondis, the movie’s director and writer, explained that the emojis live in Alex’s smartphone and they try to help him win the affection of a girl. He said it was fun “to play with these characters and come up with the voices.” He pitched the story to Sony, and because the technology is changing so quickly, they were able to finish the entire project within two years.

Cole Wassner, chief executive officer of Wassner Management Group, which arranged the collaboration between Sony Pictures, Saks and the participating brands, said, “We wanted this to be something to bring people into the stores. It’s fully immersive with the emojis. You can wear the product and send text messages with your emojis.”