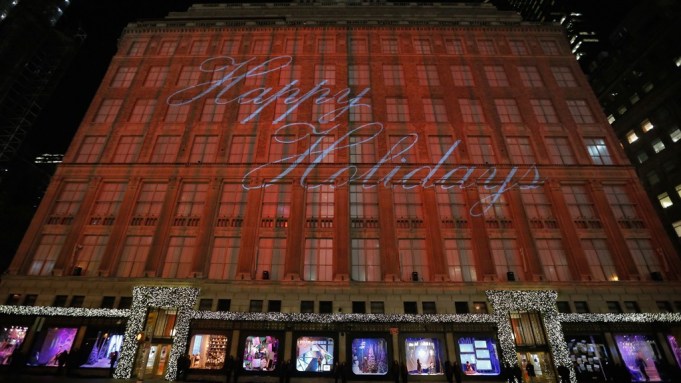 “You know I’m a grandmother. I ran the whole way without stopping,” she said at the Champagne reception inside Saks.

Earlier, Saks stopped traffic on Fifth Avenue for hundreds to sip hot chocolate out of Saks canisters and watch as the Christmas windows were unveiled. The entertainment kept going and going with performances by The Young Audiences New York Youth Choir, and the Jacqueline Kennedy Onassis School at the American Ballet Theatre, a dramatic laser light show on the Saks facade themed around snowflakes, dancers, gifts and a Yeti monster, and inside the store, a Christmas medley by country singer Trace Adkins. “I think this was our most spectacular Christmas show ever,” said Saks Inc. chief executive officer Stephen I. Sadove.