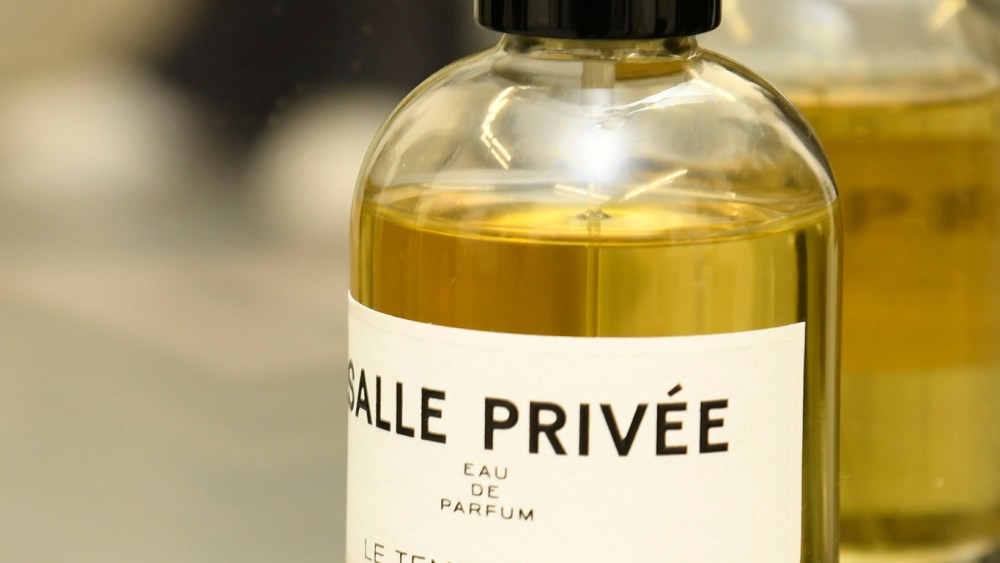 Munsters said the eau de parfum, called Le Temps Perdu, or “Lost Time,” was the first in a series of five fragrances Amsterdam-based brand would release in the coming months.

The candles are housed in elegant boxes by Sabine Marcelis — the Dutch designer whose furniture is used heavily in Céline and Isabel Marant’s stores.

Jewelry designer Aurélie Bidermann and Justin O’Shea, who stepped down as artistic director of Brioni last October, were among the guests at a cocktail reception cohosted by Holiday magazine and its creative director Franck Durand.

Munsters started Salle Privée last fall with the aim of offering men a seasonless wardrobe of high-quality classics. The brand currently retails online and in its Amsterdam flagship. While the brand’s strategy is focused on reaching consumers directly through e-commerce, Munsters said he is also keeping an eye out for “the right locations” for retail stores in a handful of premium markets, including Paris.