Stanley Tucci, Jessica Alba, Hero Fiennes Tiffin and Isabella Rossellini are among the personalities lending their voices to the project.

An archival image of Salvatore Ferragamo.

DIGITAL TALES: Ahead of the unveiling of the documentary on the life of Salvatore Ferragamo directed by Luca Guadagnino, the Florentine fashion house has launched a podcast series to further celebrate its founder.

The company invited 21 celebrities, opinion leaders, influencers and friends of the house to read chapters of Ferragamo’s autobiography, which the late founder dictated in the late Fifties and was transcribed into a book titled “Shoemaker of Dreams.”

All episodes of the series will be available on Spotify, SoundCloud and Apple iTunes starting from Monday. 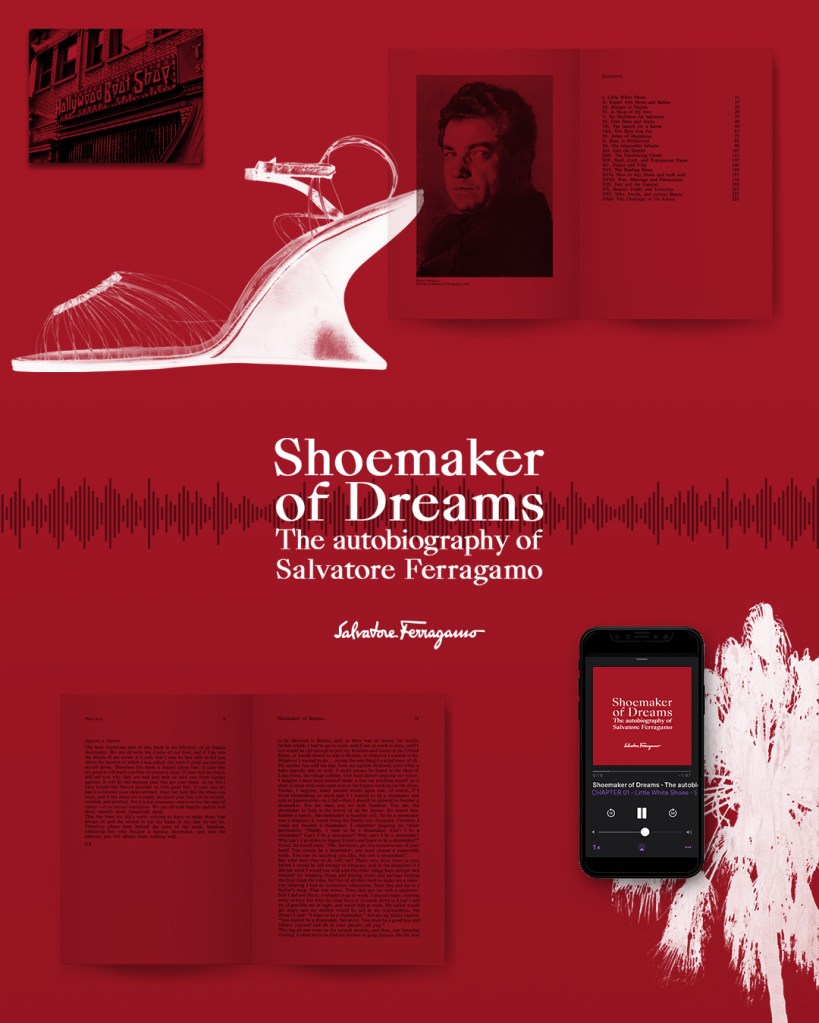 For the occasion, the Electa publishing house will additionally release a revamped edition of Ferragamo’s autobiography featuring a new cover image.

As reported, Guadagnino was inspired by the book for his feature-length documentary, which will premiere on Sept. 6 in the Out of Competition section of the upcoming Venice Film Festival, running Sept. 2 to 12. The film is set to trace the founder’s artistic journey, starting from his career as an apprentice shoemaker in Naples, then becoming the owner of the Hollywood Boot Shop in California, to his return to Italy, and establishing his namesake company in Florence. The acclaimed Italian director started to develop the film in 2017, reaching out to the founding family and getting access to the fashion brand’s archives and anecdotes.

Yet this is not the only project Guadagnino worked on for the label. Earlier this month, he was in Milan to direct the advertising campaign of Salvatore Ferragamo’s spring 2021 collection, which will be unveiled on Sept. 26 with a physical coed fashion show staged at Milan’s Rotonda della Besana location.

In addition to strengthening its bond with the movie industry, the fashion house has started to invest more significantly in digital communication in an effort to further entertain and engage with its audience on social media. Earlier this year the brand introduced the Trivia digital project, inviting users to rediscover and test their knowledge of the brand’s history and key products via anecdotes and quizzes.