By Natalie Theodosi
with contributions from Samantha Conti
on November 2, 2016
View Slideshow 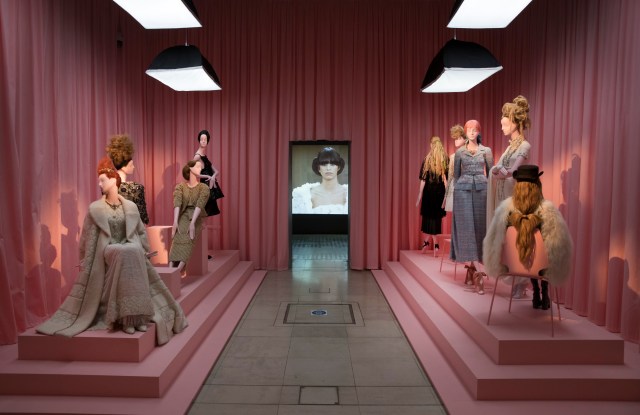 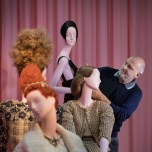 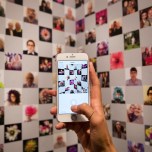 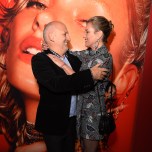 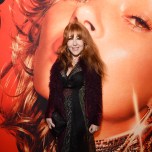 HISTORY BOYS: “It started with 40,000 images, and editing was difficult. We got it down to 800 pictures in the book, but it was a nostalgic and emotional process. I have an attachment to every single thing here,” said the catwalk hairstylist Sam McKnight of his new show at Somerset House in London.

The exhibition, which spans two floors, aims to give an idea of what a hairstylist’s work entails, and includes backstage video footage from the latest spring 2017 shows, filmed with a GoPro camera that was strapped to one of McKnight’s assistants.

Michael Howells designed the sets while the show, which runs until March 2017, was curated by Shonag Marshall. In addition to the Polaroids, magazine covers and portraits on display, there are the hundreds of tools that McKnight carries in his fashion week suitcases.

One of the standout rooms is dedicated to the eccentric wigs he created for Vivienne Westwood’s shows throughout the Nineties, including one that Naomi Campbell wore in the 1994 “Anglomania” outing.

McKnight’s work for Chanel and his ongoing collaboration with Karl Lagerfeld is the subject of another room that’s painted in bright pink. It features videos from the catwalk and some of the most recognizable hairstyles he created for the house alongside sketches by Karl Lagerfeld.

McKnight said another of his aims was to educate more people about a hair stylist’s profession through interactive, multidimensional material.

He said the years he worked and traveled with Princess Diana were a major career highlight, as was his time working with Nineties supermodels Naomi Campbell, Linda Evangelista and Christy Turlington.

A series of Polaroids featuring behind-the-scenes moments with the supermodels is on display, as are the magazine covers featuring Bella and Gigi Hadid and Kim Kardashian, as well as candid shots from his Instagram account.

“I’ve had Polaroids that I’ve kept for years and this Instagram thing is just an extension of that,” McKnight said.

Jones, who is launching a book of his own, “Souvenirs,” later this month in New York, said the show was a walk down memory lane.

“We started at the same time, he did the hair for some of the first editorials featuring my hats. Our lives have been intertwined ever since so I’m so happy to see him celebrated.”

Makeup artist and entrepreneur Charlotte Tilbury said the exhibition is an important step in highlighting hair and makeup artists’ involvement in catwalk shows and editorial shoots.

“It’s the first exhibition of its kind and a testament to Sam’s influence. It’s a dream — and inspiration — for hair and makeup artists,” said Tilbury, who has been in expansion mode for her beauty brand, having recently opened her first store in Scotland, and new concessions in Westfield.

Across town, at Burberry’s Regent Street flagship, Christopher Bailey hosted a festive cocktail to mark the unveiling of the brand’s holiday campaign, a short film inspired by the life of Thomas Burberry.

Guests included Mary J. Blige and the film’s stars, Domhnall Gleeson as Burberry and Lily James as the pilot Betty Dawson, with whom he has an on-screen romance.

“The film places real emphasis on the value of creativity and of making things which matter, and manages to do so while simultaneously telling the story of a man who achieved many amazing things, all in three minutes — that’s not bad,” said the Dublin-born Gleeson, who plays General Hux in the “Star Wars” franchise, and has a slew of films set to be released next year, including “Crash Pad,” “American Made” and “Mother.”

He also talked about why he took to the small screen for Burberry. He said they’ve dressed him since the start of his career, “when I was under pressure trying to feel confident at premieres and things like that. When I first put on a Burberry suit I felt [like] a million dollars — and have felt the same way every time since.”