Among the guests were Carolyne Roehm and Vicky Tiel, who have books due out in October. 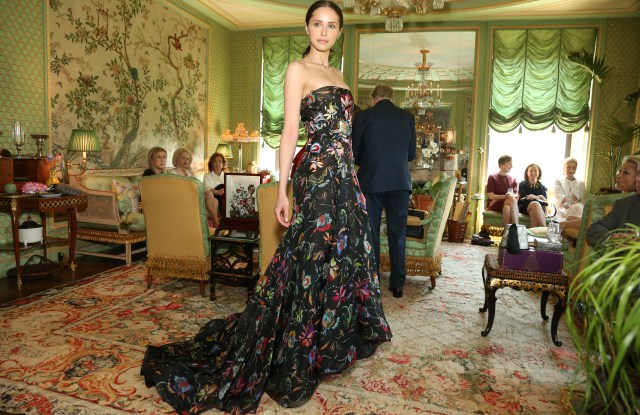 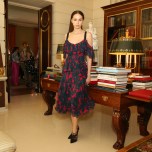 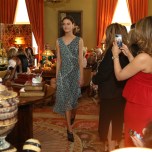 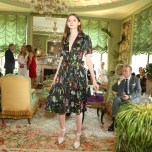 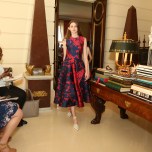 More than 125 guests were in attendance Wednesday at the Collaborating for a Cure Luncheon, hosted by Susan Gutfreund at her Fifth Avenue home, to benefit the Samuel Waxman Cancer Research Foundation.

Also part of the event was a fashion show by Jason Wu. According to Tracy Piazza, senior vice president at Jason Wu, 30 looks were presented showing a combination of the current spring collection, a capsule cotton collection, and a preview of the fall collection. Dreams analyst Lauren Lawrence, also a Chair for the event, has been facilitating the fashion shows over the years. In the past, the event has included shows from Oscar de la Renta and Carolina Herrera.

Dr. Samuel Waxman said the day’s get together represents the fifth annual event, which was started six years ago by public relations maven Erica Fineberg. Fineberg has been volunteering her time since the beginning to bring everyone together for the annual charitable luncheon.

According to Waxman, “Over $250,000 has been raised since the beginning, and [tickets] for today’s event was sold out.” Waxman said his foundation, which he began back in 1988, works with multiple national health institutes around the world to collaborate on research. One recent success was finding a way to treat acute leukemia without using chemotherapy.

Among the guests were Cesar Ricci and Jerri Nagy, At Last Sportswear’s assistant designer and creative director, respectively, as well as stylists from Bergdorf Goodman. Also in attendance were author and fashion trendsetter Carolyne Roehm and fashion designer Vicky Tiel.

Both Roehm and Tiel have books coming out on Oct. 9. Roehnm’s book, her 13th, is called “Carolyne Roehm – Style & Design: A Constant Thread,” is about fashion. Tiel’s book title is the English translation of her fragrance Femme Absolue. “The Absolute Woman,” is focused on teaching about feminine power.

A look from the Jason Wu fashion show.  George Chinsee