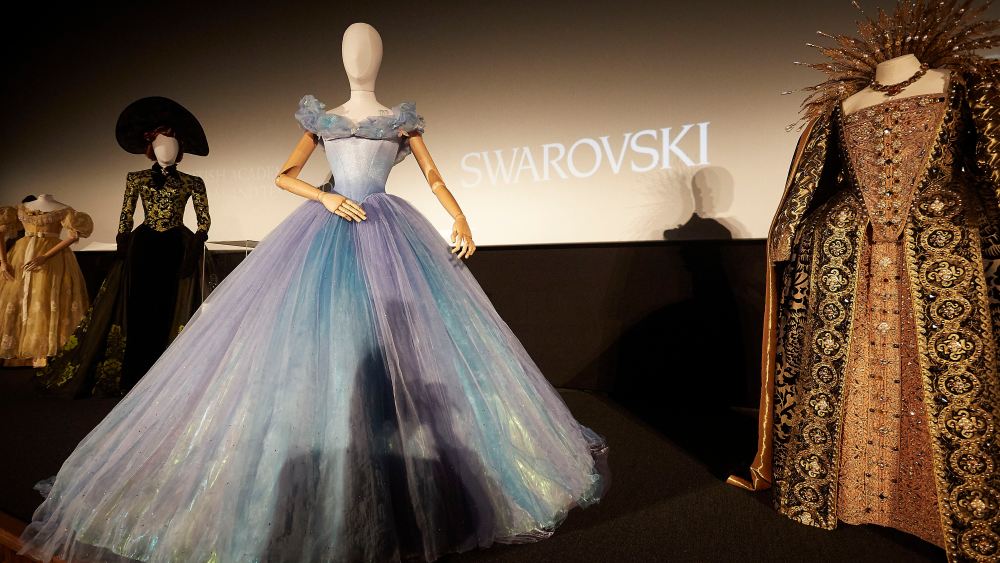 POWELL’S POWER: British costume designer Sandy Powell revealed some of her trade secrets — and favorite on-screen designs — during a master class in London earlier this week hosted by Swarovski and BAFTA, the British Academy of Film and Television.

The Academy Award-winning costume designer also talked about working with directors such as Martin Scorsese and Neil Jordan. “When Martin talks you can’t get a word in, you just sit, listen and try to take it all in,” Powell said about her first meetings with the former.

She also recalled the canary yellow dress she designed for Cate Blanchett while working with Scorsese on “The Aviator.” “That ended up becoming one of the most expensive dresses in history because I made them digitally modify the dress to match the exact color I wanted.”

The costumes Powell designed for movies such as “Cinderella” and “Young Victoria” using Swarovski crystals were on display during the talk.

“For me, Swarovski crystals are a key creative ingredient to add sparkle, depth and color to my costumes,” Powell said. It’s not surprising, then, that she features prominently in the recently published book “Swarovski: Fashion, Performance, Jewelry and Design,” which puts the brand’s 15-year collaboration with the designer under the spotlight.

Nadja Swarovski said the film “Cinderella” was one of the highlights of their partnership.

“Sandy used over 1.7 million crystals on the costumes and her vision for Cinderella’s slippers was an integral part of film. She encouraged our product developers to push the boundaries during the process. We had never made a shoe before, so we had to learn how to craft large concave shapes in solid crystal. Sandy also wanted the Aurora Borealis coating for the slippers, which is really hard for us to do on big surface areas. The project took us out of our comfort zone,” Swarovski said.

A second master class will be held in Hong Kong, and Atelier Swarovski, the in-house jewelry brand, will be the official jewelry partner of the BAFTA awards in February.