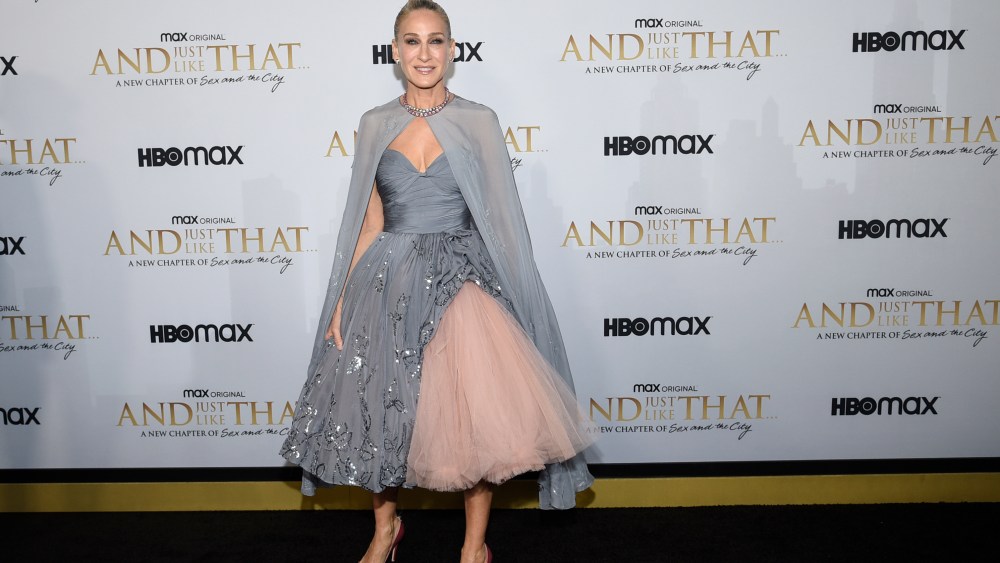 Cast members, both returning and new, of HBO Max’s “Sex and the City” reboot series, called “And Just Like That,” convened at New York City’s Museum of Modern Art on Wednesday to attend the show’s premiere.

Kristin Davis wore a custom blue off-the-shoulder Jason Wu dress with ruffle detailing. She topped off the look with a clutch by Tyler Ellis and jewelry also by Fred Leighton. Davis was styled by Samantha McMillen, who also works with the likes of Elle Fanning, Brie Larson and Michelle Pfeiffer.

In September, Garson passed away after a battle with pancreatic cancer while the reboot was still filming.

Kim Cattrall, who played fan-favorite Samantha Jones, did not return for the project. Though her absence will be addressed, according to HBO executive Casey Bloys. “Just as in real life, people come into your life and people leave,” Bloys told TV Line. “Friendships fade, and new friendships start. So I think it is all very indicative of the real stages — the actual stages of life.”

The reboot will also show that Carrie’s social circle has actually grown as half a dozen new characters are introduced.

‘And Just Like That’ Costume Designers on That Fast-Fashion Controversy, Custom Oscar de la Renta on a Deadline and Bringing Magic Back to NYC

‘Sex and the City’ Reboot: A Closer Look at the Fashion Moments So Far