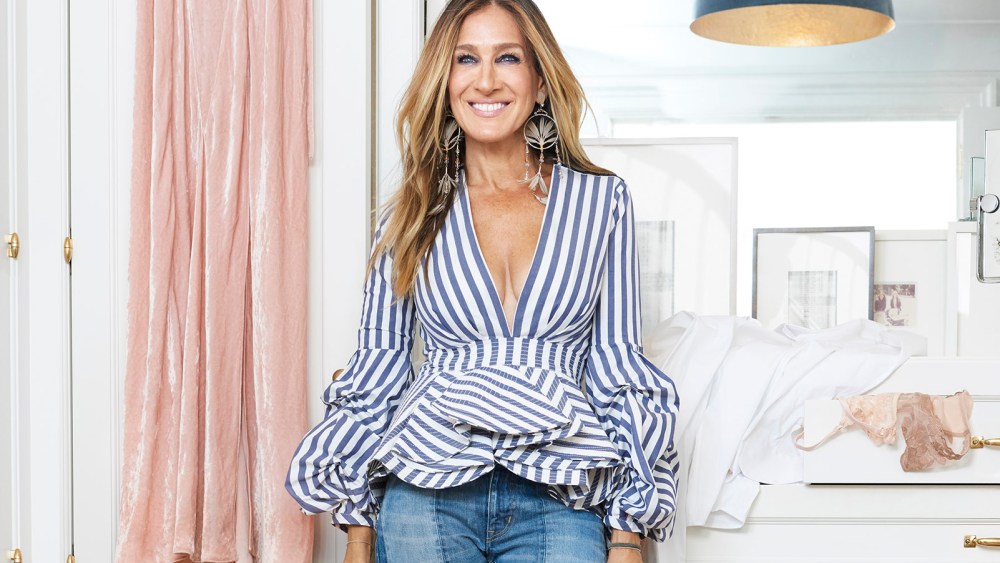 The actress, designer, book publisher and producer has launched a new line named The Seven Essentials — to be sold at Bloomingdale’s and through Amazon Fashion.

Introduced under the umbrella of her SJP collection, the collection will be priced from $395 to $695.

The label introduced bags in early 2014, but this new offering has a revised manufacturing concept — with product made in the U.S. On Tuesday, the label celebrated its third year in business.

Parker said, “Our seven essential silhouettes incorporate quality, function and necessity in their own ways. And much like our shoes, they are timeless. Made for all women and all occasions.

“We were able to source some incredibly beautiful, supple Italian leathers in a few of our signature colors like Poppy and Candy, a cohesive touch we were very pleased with. And we are very proud to say that each and every handbag is made in America, a non-negotiable for us from the start.”

Included in the lineup are two shoulder-bag styles, as well as a tote, hobo, oversize clutch, backpack and minaudière design. Each of the seven styles is offered in up to five colorways, including hot pink, black, gray, red and chestnut.

Styles are currently available for preorder through Bloomingdale’s.

SJP Collection launched in 2014 with a range of shoes, which continue to be sold at outlets including Bloomingdale’s. The brand launched a collection with Net-a-porter for holiday 2016.

In September, Parker designed a collection of little black dresses sold in partnership with Bloomingdale’s. Many of the styles sold out.