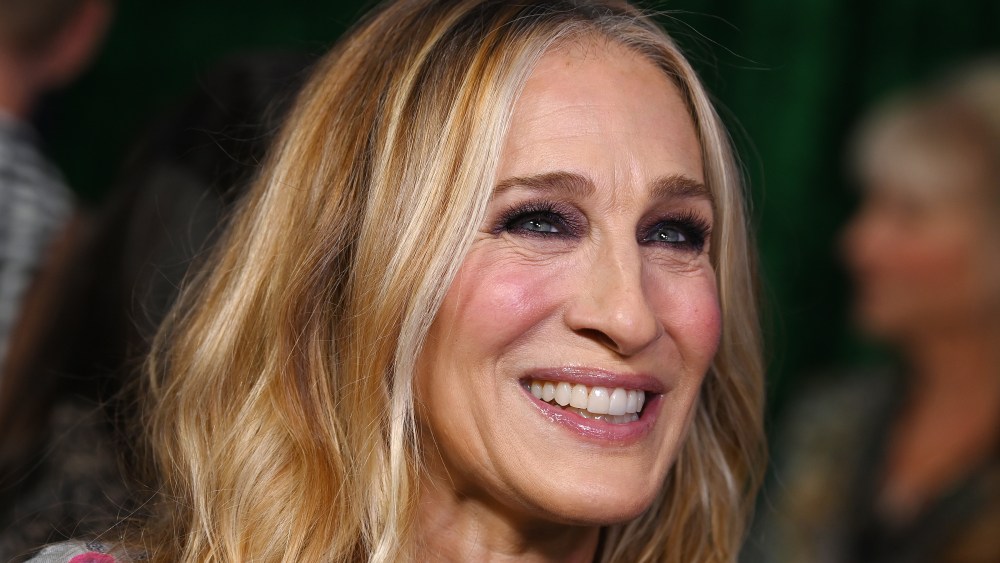 Sarah Jessica Parker is celebrating her newest project with a standout fashion moment.

The actress attended the premiere of her new film, “Hocus Pocus 2” on Tuesday night in New York wearing a look from the Armani Privé fall 2022 couture collection. Parker’s look was a structured, floral jacket with sequin embellishments paired with loose-fitting light pink trousers.

The actress has long been celebrated for her style, thanks in large part to her role as Carrie Bradshaw in HBO’s “Sex and the City” and its recent sequel show, “And Just Like That.” Parker’s style in the new series has also made an impression on viewers just as much as her character’s initial wardrobe. For instance, Parker’s bright orange Valentino couture gown she wore in the finale episode caused searches for “long orange dresses” to skyrocket by 1,085 percent, according to fashion e-commerce aggregator Love the Sales.

“Hocus Pocus 2” is the sequel to the beloved 1993 Halloween film. The sequel reunites Parker, Midler and Najimy as the Sanderson witch sisters, who are resurrected and looking for revenge. The film will debut on Disney+ Friday.