Mark Brashear follows in the steps of Catherine Deneuve, Pierre Cardin and Sir David Tang as recipients of the Style Etoile award. 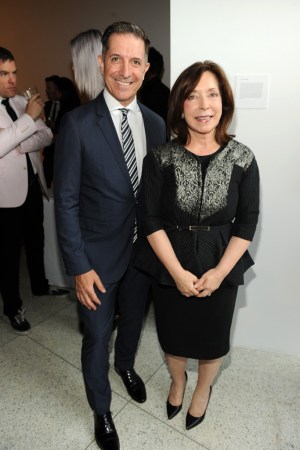 Film director Joel Schumacher recalled his own college years at Parsons, from which he graduated in 1965. “I wouldn’t have been able to go to any college if I didn’t get scholarships. It’s nice to see people like Hugo Boss involved in a school like this,” he observed of the company’s support of SCAD. Schumacher himself anonymously funds scholarships for inner-city students at a California private school. His next film project may be a Chinese-language one based in Twenties Shanghai, with several studios considering producing it. “If you have a hit in China, you have an enormous audience,” he noted. “It’s a whole new frontier.”

Brashear — who follows in the steps of Catherine Deneuve, Pierre Cardin and Sir David Tang as recipients of the Style Etoile award — said Hugo Boss operates a distribution center in Savannah and has been involved with the school for seven years. The company sponsors SCAD’s annual fashion show, contributes materials to student projects and endows scholarships. “We are a global brand but we want to be regionally relevant,” said Brashear. “Schools such as SCAD nurture creative talent, which for Hugo Boss is literally our future.”