The Canadian actor donned a Valentino camp shirt in a video address from Los Angeles.

On a video recorded in Los Angeles and broadcast on the official Paris Fashion Week site, Levy described himself as a “lifelong fashion fan — and someone who was once chased through Place Vendôme by a man shaking a chicken wing at me.”

He let the mystery hang about the poultry incident, and went on to describe his “good fortune” wearing some “pretty incredible clothes” on the hit CBC sitcom, which wound up its sixth season last year.

“Helping to costume and style our characters gave me an even deeper understanding of just how significant a role fashion plays in our day-to-day lives — how a well constructed garment can help you stand a little taller, carry yourself with a little more confidence and express who you are without ever having to say a word,” Levy said. “Putting on my Rick Owens everyday, getting into character as David Rose, instantly made me feel at home. I felt strong and powerful and special. And that is the beauty of fashion.” 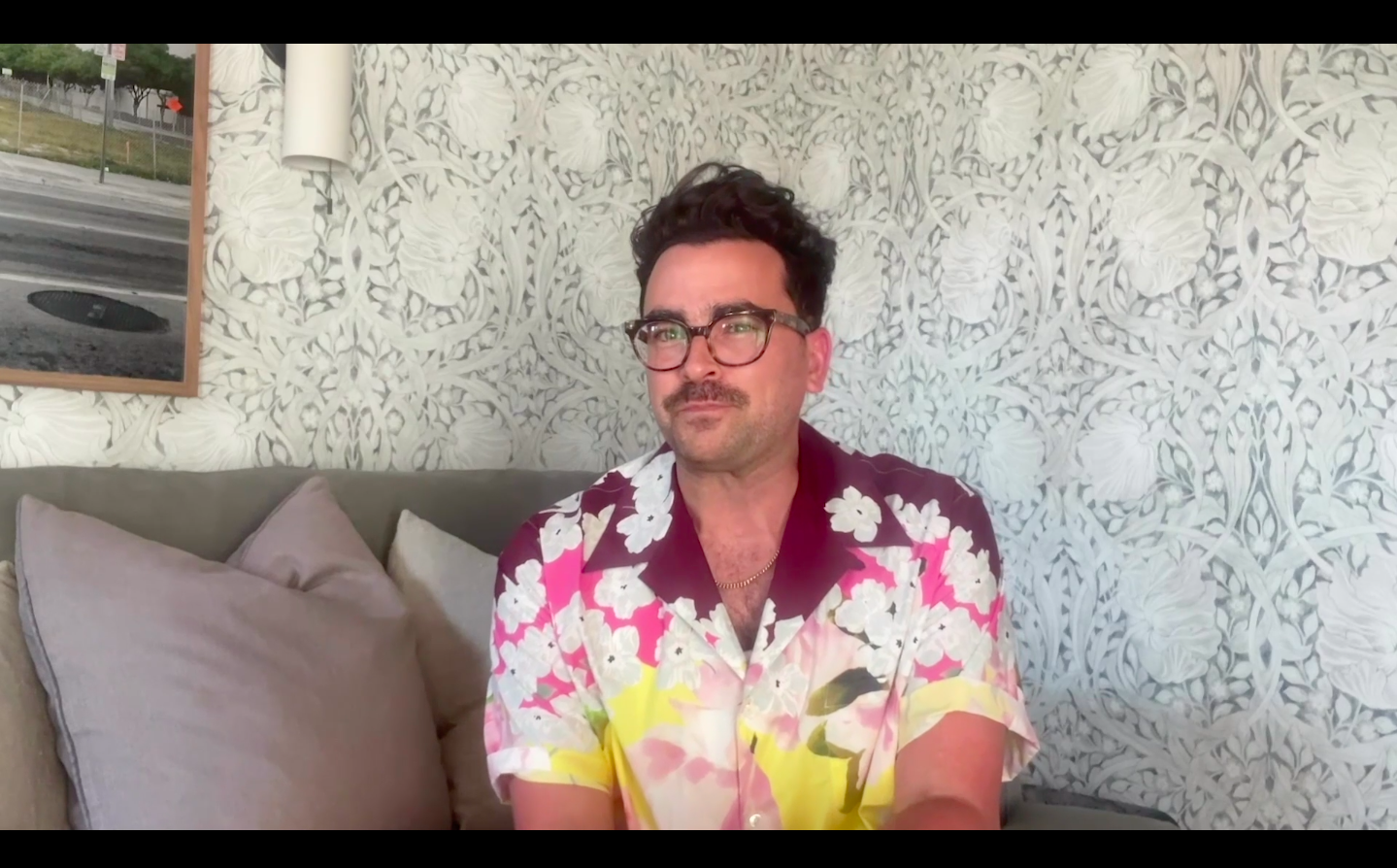 A daring dresser in real-life who has sported Dior military jackets and Loewe trenchcoats — and for his video monologue, flowery Valentino — Levy noted that not too long ago, men’s wear was “kind of relegated to the back corner of the shop.”

He cheered that men’s fashion has opened up — way up. “We can now wear Thom Browne kilts in lieu of dress pants and lemon yellow sequined turtlenecks instead of button-down shirts,” he enthused. “There is no more exciting time for men’s wear than right now, as the designers showing this week continue to reinvent the category.”

Levy said he would wake up early or stay up late to watch the livestreamed shows and creative videos that will be unveiled over the next week, promising to put on his “fanciest reading glasses” when he opens his laptop.

Marquee brands and designers on the schedule include Louis Vuitton, Rick Owens, Dries Van Noten, Loewe, Dunhill, Jil Sander and, for the first time, Burberry, which will broadcast a show on June 23.

With France having lifted many pandemic-related restrictions, the men’s wear week was cleared for physical presentations and physical shows, which are typically livestreamed.

The federation built a digital platform in the wake of the coronavirus crisis that scuttled regular runway shows, and noted that any live shows and filmed presentations this month will continue to be showcased online “and will benefit from the global amplification network of our partners.”

‘Schitt’s Creek’ Yarns and Patterns to Be Offered to Crafters