Designers including Calvin Klein, Dennis Basso and Josie Natori raised a glass in the school’s museum and reflected on their school days.

By Rosemary Feitelberg and Mayte Allende on May 6, 2012
View Slideshow 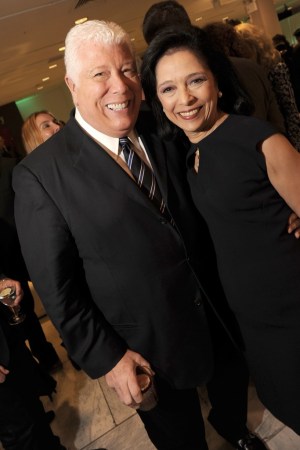 A24 Releasing a Book Set for ‘Euphoria’ Fans

SCHOOL DAYS: Before F.I.T. seniors sent their designs down the runway at Wednesday’s Future of Fashion show, some more established designers raised a glass or two in the school’s museum. Calvin Klein, Dennis Basso, Josie Natori, Tom Murry, Joe Zeem, Nanette Lepore, George Simonton and Amsale Aberra caught up with friends during the cocktail party beforehand. For some, being back on campus inevitably lead to flashbacks of their own school days.

Basso said, “On the first day of school, I walked in wearing a plaid Eisenhower jacket with pants to match. Cream, green and yellow – really frightening. There was a fellow, who is now quite successful Joe Castaldo, wearing the exact same thing. We had bought them at Bloomingdale’s. We both had on Arrowsmith three-inch platform shoes. When I saw him, I knew we would be friends for life.”

Klein also recalled his days at F.I.T. “While sewing one night, I slit my finger and I figured sewing would not be in my future,” he said.

Injuries aside, Klein said he and his friend Antonio Lopez went on from the High School of Art and Design to F.I.T. (Lopez started his career as an illustrator at WWD in the art department, Klein noted.) “We went to school with great people – it was wonderful,” Klein said.

With their May 22 graduation day closing in, F.I.T.’s fashion-minded seniors were feeling pretty wonderful too especially the 10 who pocketed critic awards Wednesday night and the three others who earned Cotton Inc. prizes.