New surveillance footage has been found that shows the missing designer getting on the Williamsburg Bridge. 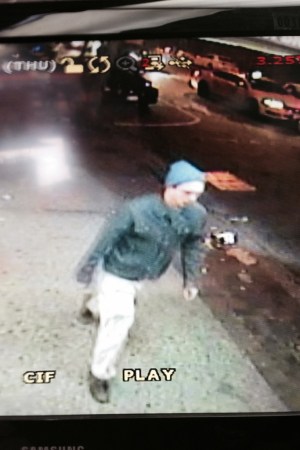 After more surveillance footage of missing designer James “Jay” Ott was found Sunday night, the team of friends and relatives who are looking for him have expanded their search by personally visiting local hospitals and rehab centers.

With the assistance of the NYPD, new video footage was found that showed Ott got on the Williamsburg Bridge at 5:02 a.m. March 23, heading towards Manhattan, according to his friend and colleague Beatrice Kim. “We are continuing our search for more information, by checking more surveillance footage from the Delancey Street area and physically visiting hospitals and rehab centers,” she said.

The designer has not been seen in person since March 22.

NYPD has said that surveillance footage shows that Ott was last spotted at 9:50 p.m in his apartment building — The McKibbin Lofts at 248 McKibbin Street. Kim, who works with Ott at The Dock Group, said there is additional footage that spotted him twice before dawn on March 23. A video camera filmed Ott leaving his building at 4:35 a.m. and another camera outside of a bodega about a mile away northwest of McKibbin Lofts filmed Ott walking by around 4:51 a.m., heading towards Manhattan, Kim said. “That is why we’re searching in Brooklyn and Manhattan,” she said.

Ott’s father Robert, who traveled to New York last week, continues to lead the civilian search for his son. Ott has not been in touch with his friends and family since Saturday, according to the NYPD. He is described as a male Caucasian with brown hair, blue eyes, a beard and a 175-pound thin build. In addition to the 15-person search team, friends have posted hundreds of “Missing Person” fliers in Manhattan and Brooklyn, and will continue to do so with an updated version that has two recent photographs of Ott.

Kim, who first befriended Ott when they worked together at The Row in 2009, said they had brunch together Saturday at her Brooklyn apartment and “everything kind of seemed OK.”

An update on the “Find Jay Ott” Facebook page read, “One important thing to note is that he is noticeably clean-shaven in the video clip, not with a beard as the flyer photos have shown.”

Before joining The Row, Ott interned for about two years at Ralph Rucci. His resume also included a seven-month stint at J.Mendel.

Born in Toledo and raised in Pittsburgh, Ott studied at the University of Cincinnati’s College of Design, Architecture, Art and Planning (DAAP) before moving to New York. As a seventh grader Ott was said to have convinced his parents to take him to the city to check out the fashion scene.