Sears Getting Trendy and Rugged for Fall 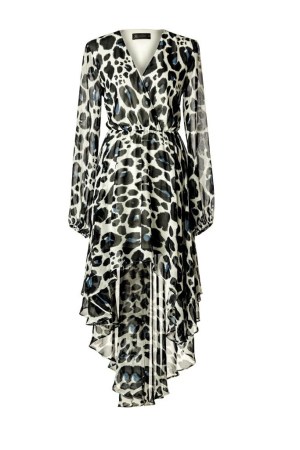 SEARS — TRENDY AND RUGGED: Sears, attempting to escape its dowdy reputation, is getting trendy for fall by injecting its key private brands with polka dots, stripes, skinny legs, leopard prints and lots of colored denim. Its Kardashian Kollection, launched last year, gets flirtier for fall, with some sensual short-in-front, longer-in-the back dresses, and sexier skin-tight body dresses, as well as structured jackets, while keeping the prices under $100. The junior-based Bongo collection keeps it promotional with jeans that open at $54 but go on sale pretty quick. Bongo is also introducing collapsible sunglasses. The long-standing Apostrophe line is changing its name to Metaphor as part of the updating. “We are really pushing to be on trend and relevant,” said a spokesman.

However, there was no comment on a report that Sears is injecting some ruggedness into its men’s offering by collaborating with Outdoor Life on a major private brand inspired by the magazine. According to sources, the Outdoor Life brand could launch later this year and will include a generously spaced shop with a wide array of outerwear, footwear, packs and other gear. It’s a case of Sears, which generally does best selling tools and appliances, capitalizing on its macho side to bolster its apparel merchandising.