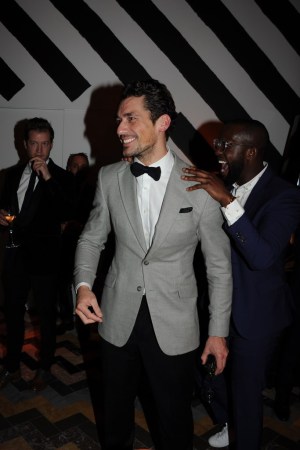 SEEING RED: “I was so worried that people would be thinking that I look like a Virgin flight attendant,” said Tinie Tempah this week, showing that even the most stylish types can occasionally suffer from outfit anxiety. “It’s Paul Smith, and I love it, but it is very red,” he said of his suit, which was the color of a tomato.

Tempah was hosting a dinner at Sketch with GQ editor Dylan Jones and Sir Paul Smith himself to mark the end of London Collections: Men. Tempah, who attended most of the week’s shows in his capacity as a London fashion ambassador, quipped that “sitting next to David Gandy every couple of hours is never a bad thing.” Gandy is a fellow ambassador.