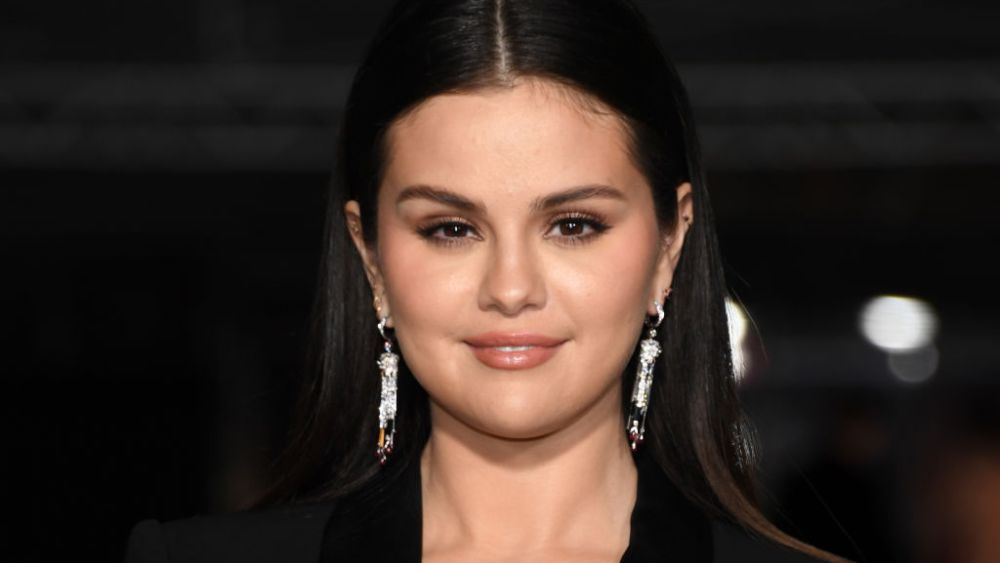 Selena Gomez arrived at the Academy Museum Gala on Saturday in Los Angeles in her take on a women’s tuxedo.

For the occasion, Gomez selected a black, satin lapel Giorgio Armani tuxedo and Wolford bodysuit with black open-toe strappy sandals. She accessorized the look with jewelry from Cartier, including a pair of Panthere de Cartier earrings and ring.

Gomez worked with stylist Kate Young to create her look for the event. Young is also the stylist to Nina Dobrev, Jennifer Lawrence and Margot Robbie.

Gomez went for a pink lip, blush, eye-popping mascara and a light eye shadow. She parted her straightened hair down the center.

Gomez went on a press tour last summer where she worked with Young to create looks that featured brands, including Alaïa, Prada and Louis Vuitton.

The actress-singer has had a busy year with Rare Beauty, her beauty line that launched in September 2020. It was met with success and some products went viral on TikTok.

In September, Gomez also attended the Emmy Awards in an embellished Celine halter gown alongside Martin Short and Steve Martin, who costars in the Hulu comedy series “Only Murderers in the Building,” which received 17 nominations.

The Academy Museum Gala took place on Oct. 16 at the Academy Museum of Motion Pictures in Los Angeles. The event raised more than $10 million in donations for the institution. Honorees included “Parasite” film producer Miky Lee, director Steve McQueen and Tilda Swinton. Julia Roberts was also honored with the Icon Award for her years in the film industry.