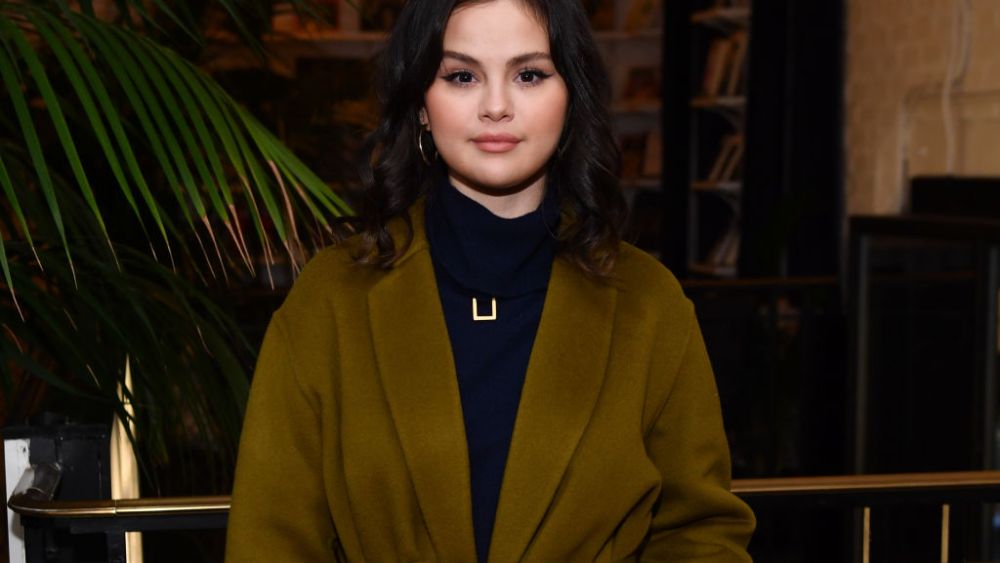 Selena Gomez attended the New York screening of her documentary “Selena Gomez: My Mind & Me,” on Wednesday, wearing a winter-ready coat.

In honor of the event, the actress and singer went for a minimalist underlayer with black pants, black boots and a black turtleneck, but opted for a statement coat in olive green from Sézane. She accessorized the look with a pair of hoop earrings.

Sézane is a Paris-based label that describes itself on Instagram as making “quality pieces made to last.” The brand is also B Corp certified for its commitment to social and environmental issues.

To create her look for the screening, Gomez worked with stylist Kate Young. Young also styled the singer for the Los Angeles premiere of “Selena Gomez: My Mind & Me” in a magenta Rodarte slipdress. Young is also the stylist to Jennifer Lawrence, Michelle Williams and Julianne Moore.

For makeup, Gomez went for an approachable evening-ready look, including a matte lip, blush and mascara. For hair, she had it parted down the center and done in voluminous curls.

It’s been a busy year for Gomez. In addition to her new documentary film, the actress also returned to star in season two of the hit Hulu streaming series “Only Murders in the Building.” Gomez stars opposite legendary comedians Steve Martin and Martin Short in the show. At this year’s 2022 Primetime Emmy Awards, she joined her two costars on stage in an embellished Celine halter-neck gown to present the Outstanding Variety Talk series award.

“Selena Gomez: My Mind & Me” had its initial release on Apple TV+ on Nov. 2. The documentary film gives an inside look to Gomez’s journey with mental health as she continued to work on her entertainment career.