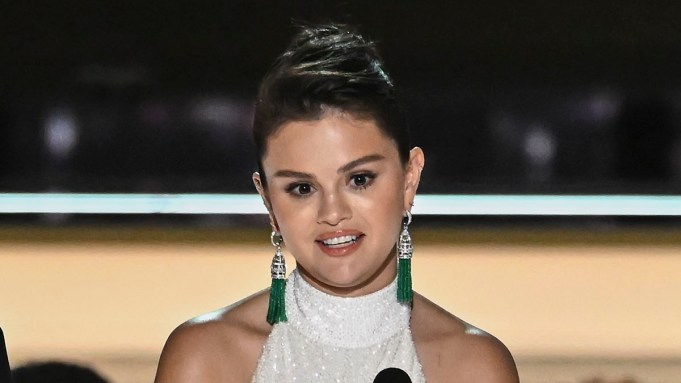 Selena Gomez took a minimalist approach to dressing for the Emmy Awards on Monday in Los Angeles.

The actress wore a loosely fitted shimmering white gown by Celine. She coordinated with a pair of cross-strap metallic silver heels.

The singer added a pop of color with green drop earrings. She also added a diamond and emerald ring to tie the look together. She was styled by Kate Young, who has also worked with Jennifer Lawrence, Julianne Moore and Anya Taylor-Joy.

Gomez kept her hair in a side-swept updo by hairstylist Marissa Marino and the Rare Beauty founder’s makeup was kept simple with a nude lip.