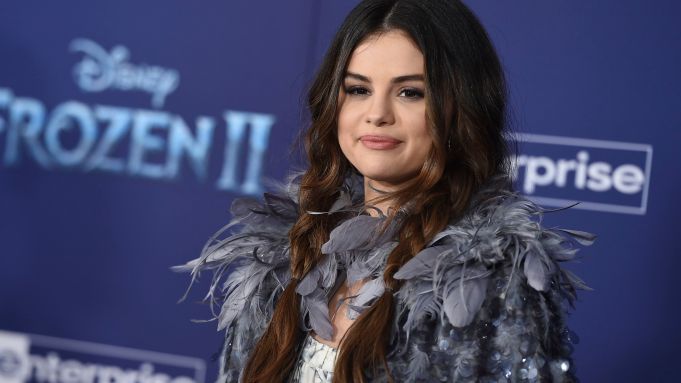 Selena Gomez stole the show at the “Frozen II” premiere, thanks to a twinning moment with younger sister Gracie.

The singer attended the film premiere in Los Angeles on Thursday night wearing matching “Frozen”-inspired looks with six-year-old sister, Gracie Teefey. The sisters were both in a Marc Jacobs prairie dress and jeweled and feathered cape from the designer’s fall 2019 collection and in matching Pandora jewelry.

“Hope I’m officially the best big sissy ever now,” Gomez wrote on Instagram. “She was LIVING her best life!! ‘Frozen 2’ was amazing!!!”

The matching looks were styled by Kate Young, who looked to Marc Jacobs because the designer also creates kids’ clothing. Young stated the twinning moment was Gomez’s idea.

“She said she wanted to match her sister for the ‘Frozen’ premiere, so I thought about what would be fun for both of them,” Young told WWD. “Selena tried the dress in New York last week and we got Gracie’s ready once we knew it would work.”

Click through the above gallery to see more photos from the “Frozen II” premiere.

What to Know About Selena Gomez’s Beauty Line

Selena Gomez to be Featured in Coach’s First Podcast

‘Frozen II’ Coming to Saks for the Holidays