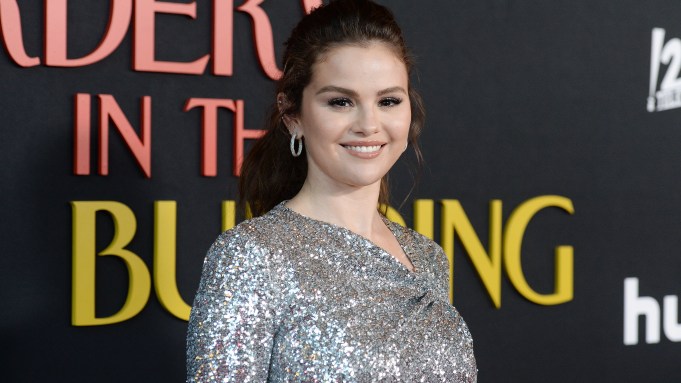 Selena Gomez is celebrating the second season of “Only Murders in the Building” with help from Michael Kors.

The actress and musician attended the premiere of her hit Hulu comedy Monday night in Los Angeles, walking the red carpet in a gown by the American designer. Gomez’s Michael Kors gown was a one-shouldered silver sequined dress with a thigh-high slit. She paired the look with silver strappy heels and hooped earrings by Effy Jewelry.

In addition to her acting and music career, Gomez runs her successful beauty brand Rare Beauty, which offers makeup in all categories. Gomez first launched the brand in 2020.

Hulu’s “Only Murders in the Building” season two debuts on the streaming service on Tuesday.

The Standout Fashion Moments from the 2022 BET Awards