Designers have created limited-edition products and one-off pieces for the department store's windows as part of the initiative. 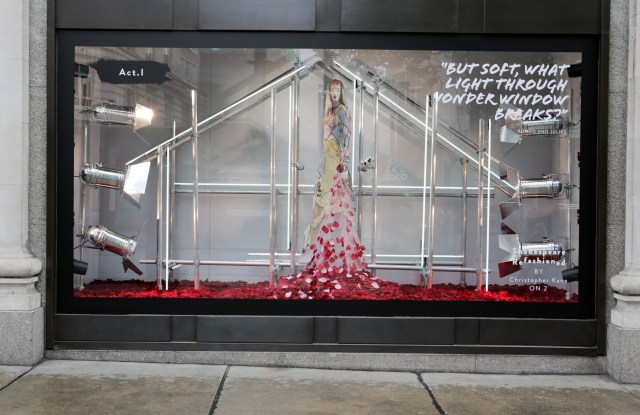 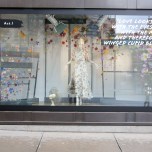 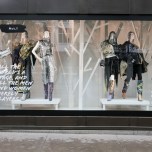 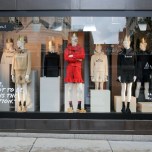 REIMAGINING SHAKESPEARE: To be or not to be — trendy?

Selfridges is partnering with a host of designers, musicians and renowned British drama schools as part of a storewide campaign marking 400 years since Shakespeare’s death.

The British department store’s “Shakespeare Refashioned” campaign will be its longest-running creative project to date and aims to reimagine the playwright’s work through a 21st-century fashion lens and an immersive retail theater experience.

The project includes the launch of a series of limited-edition products, a photography collaboration with Mary McCartney, in-store events and the store’s “most ambitious window scheme to date.” “Shakespeare Refashioned” launches on July 4 and will run until mid-October.

“Shakespeare is part of the fabric of our creative world and of contemporary society. The words spoken, the images evoked, the dreams realized are of our time and his,” said Linda Hewson, creative director at Selfridges. “The creatives brought together in celebration of Shakespeare’s life and works will tell stories we imagine the Bard would be proud of.”

Designers including Christopher Kane, Alexander McQueen, Maison Margiela, Craig Green, Rick Owens and Simone Rocha, among others, have offered a mixture of archive, one-off and couture pieces capturing the spirit of Shakespeare’s work, to dress the store’s Oxford Street windows.

The first phase, or Act I, of the window campaign will feature garments inspired by some of the playwright’s most famous comedies and romances, including “A Midsummer Night’s Dream”; “Romeo and Juliet”; and “Much Ado About Nothing” while for the second phase, or Act II, clothing by designers such as Rick Owens, Givenchy and Gareth Pugh will be featured, inspired by Shakespearean tragedies.

A dusty pink layered tulle gown by Marques’ Almeida, the designer’s modern interpretation of “The Winter’s Tale,” stands out. Another highlight is Kane’s reimagining of “Romeo and Juliet” in the form of an embroidered tulle and lace gown dripping with rose petals and featuring the silhouette of two lovers, a signature motif from his fall 2015 collection with “lovers lace.”

Dries van Noten reinterpreted “The Merry Wives of Windsor” with a series of embellished pleated skirts and corsetry, while Jonathan Anderson presented his vision of “Hamlet” through ruffle-trimmed shorts and sweatshirts for men, the latter with exaggerated ruffled collars and some of the characters’ names printed on the sweatshirts.

The designers also created a series of exclusive products that will be sold in-store. These include a limited-edition floral scarf by Erdem, a capsule handbag collection by Dries, and a Hamlet sweatshirt, shorts and scarf by J.W. Anderson.

In order to add another dimension to its Elizabethan experience, Selfridges has also partnered with the Royal Academy of Dramatic Art on a two-week residency in its Ultra Lounge. The lower ground-floor space will be transformed into a theater and offer a series of acting workshops.

In addition, a series of musical performances will be taking place in-store throughout the summer by young musicians, invited by Selfridges to re-create Shakespeare’s poetry for a modern audience. Each musician will also be collaborating with a designer to create a product to mark the event. Among the participants are Astrid Andersen, who will be collaborating with British hip-hop duo Krept and Konan, and Caitlin Price, who will be teaming with rapper Little Simz.