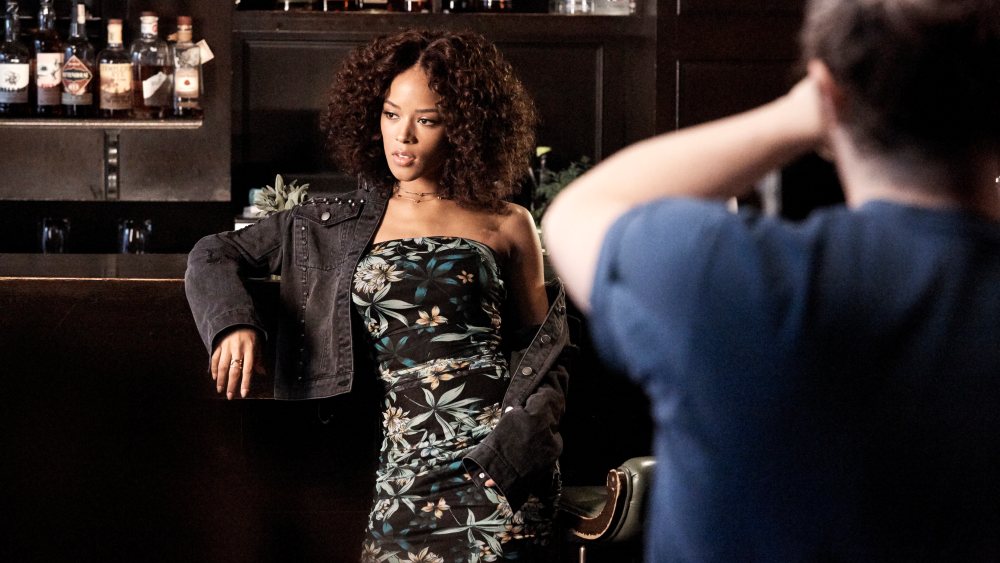 “Empire” actress and singer Serayah McNeill is the spring 2018 face of Material Girl, the juniors brand at Macy’s first fronted by Madonna and her daughter Lourdes. Images of McNeill in looks fit for the gym, or a nightclub, are to go live on Macy’s social platforms on Tuesday.

Shot by Carter Smith at the Hollywood Roosevelt Hotel, McNeill, 22, is shown living out a life that’s similar to her own: meeting up with friends — and paparazzi flash bulbs — or having a street style moment.

“We love Serayah because she’s comfortable on Instagram and being an ‘It’ girl, but she’s also comfortable hanging out in her ath-leisure and being shown getting ready. We’re always looking for that double or triple threat who’s multifaceted and multitalented, and Serayah embodies that as a model, actress and musical recording artist,” said Jamie Cygielman, chief marketing officer of Iconix Brand Group, which produces Material Girl in a joint partnership with Madonna and Guy Oseary. (The company is called MG Icon.)

McNeill, who has 1.4 million Instagram followers, appeared in Taylor Swift’s “Bad Blood” video and sang alongside her on the Chicago stop of Swift’s tour. She plays Tiana Brown on the hit Fox show “Empire” and also has her first album dropping in May; her new single “You Told Me” comes out this month.

“I have a really exciting storyline on the show, which I think my fans will like,” McNeill said. “And I have two singles dropping between now and May.”

As for her first apparel campaign, she said, “A lot of what I wear for work are custom pieces and straight from designers. It’s cool that Material Girl is accessible to my fans and young girls that are purchasing clothes. The tube dress and denim jacket I’m wearing in the campaign are pieces I’d really wear.”

Previous faces of the campaign include Rita Ora, Georgia May Jagger and Zendaya.