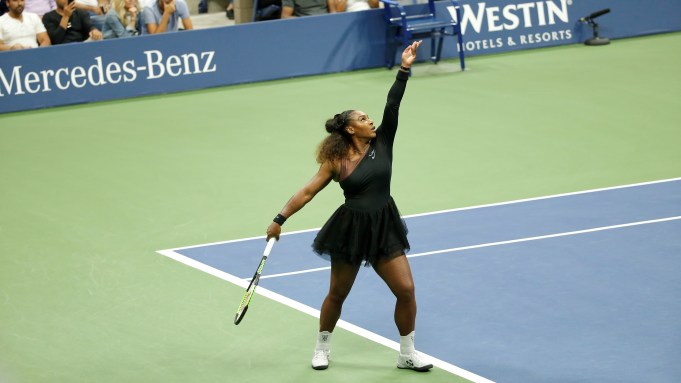 During her nearly three-decade tennis career, Serena Williams broke barriers not only in the sport, but also in fashion and activism.

Since she turned professional in 1995, Williams, along with her older sister Venus Williams, completely transformed the world of tennis, paving the way for more people of color, particularly Black people, to make a name for themselves.

However, in recent years, Williams has been mired by injuries, forcing her to either withdraw or not partake in some of the Grand Slam tournaments.

This week, the tennis legend revealed in an article she wrote for Vogue that she would “evolve away” from the sport after the 2022 U.S. Open, which takes place at the end of August into September, hinting at retirement.

Though she penned she “never liked the word retirement” and prefers to use “evolution” in terms of what’s in store for her for the future, which includes potentially growing her family and business ventures. Williams also has a sustainable clothing line called S by Serena, inspired by ‘90s streetwear.

“I’m here to tell you that I’m evolving away from tennis, toward other things that are important to me,” she wrote in the article. “A few years ago I quietly started Serena Ventures, a venture capital firm. Soon after that, I started a family. I want to grow that family. But I’ve been reluctant to admit to myself or anyone else that I have to move on from playing tennis.”

Williams is married to Reddit cofounder, Alexis Ohanian. The two share a daughter Alexis Olympia Ohanian Jr., who is best known as Olympia, who turns five in September.

In a caption she wrote in one of her Instagram posts of the Vogue cover, she wrote: “There comes a time in life when we have to decide to move in a different direction. That time is always hard when you love something so much. My goodness do I enjoy tennis. But now, the countdown has begun.”

Williams, as detailed in the sports biopic “King Richard” that was released in November, and her sister Venus Williams, have been playing tennis since they were kids, with their father, Richard Williams, and mother, Oracene Price, coaching them.

The duo have been trailblazers on the court with aggressive playing styles and standout, brightly colored and brightly patterned outfits.

Over the years, Williams has continued to challenge the typical ensembles worn by female players on the court by wearing neon colors, leopard prints, silhouettes such as a catsuit, and even a denim skirt and knee-high boots.

She became well-known for her catsuits, first at the 2002 U.S. Open, and then went viral in 2018 at the French Open for wearing an all-black catsuit fitted with a red waist belt. Though fans and the media praised her for going against the grain and wearing it, Bernard Giudicelli, president of the French Tennis Federation, claimed at the time it would no longer be allowed.

Additionally, at Wimbledon, Williams pushed the boundaries on the dress code, which is strictly all-white. In 2010 and 2012, she wore brightly colored undershorts during the tournaments, which is something she did for good luck. (In 2010 and 2012, Williams did end up taking home the title.)

In the 2018 U.S. Open, Williams wore a few custom Off-White tennis outfits, designed by the late Virgil Abloh himself. The styles include a one-shouldered top and tulle tutu skirt in black and purple.

At the 2021 Australian Open, she paid tribute to the late track and field star Florence Griffith Joyner, also known as Flo-Jo, by donning a one-legged long-sleeved catsuit in bright pink and black.

Click through the gallery above to see some of Serena Williams’ best on-court tennis outfits over the years.