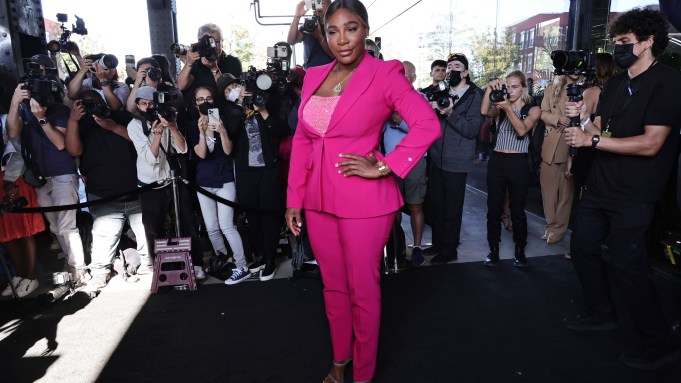 Ahead of the show, Williams posed backstage with Kors.

This is Williams’ latest appearance during New York Fashion Week. Earlier this week, she showed a new fashion collection for her S by Serena label. On Tuesday night, Williams toasted the Audemars Piguet “Royal Oaks” book alongside Heron Preston, Elle Macpherson, Hannah Bronfman and others.

Williams participated in the U.S. Open starting late last month, marking one of her first tennis matches since announcing she would “evolve away” from tennis. Williams won her first match wearing a custom figure skating-inspired outfit made by Nike, but was out in the third round of the tournament. Williams is a six-time U.S. Open champion.