Fashion’s Night Out is a month away to the day, but the activities around it are already starting. 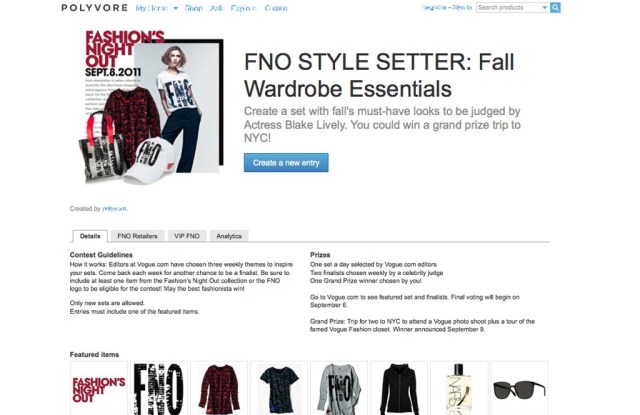 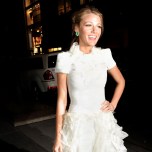 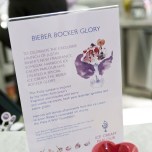 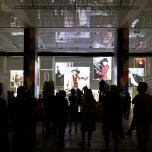 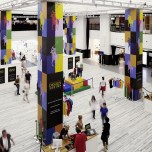 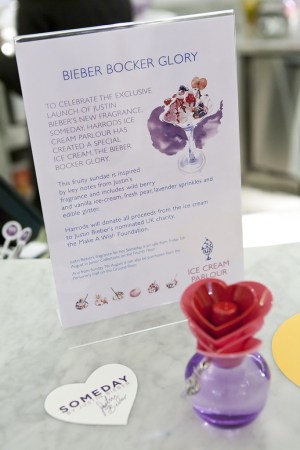 SETTING NEW TRENDS: Fashion’s Night Out is a month away to the day, but the activities around it are already starting. On Aug. 15, Vogue.com and online fashion community Polyvore will launch FNO Style Setter, a new initiative that lets Polyvore stylists prepare for the big night with a styling contest on Polyvore.com/fno. The site will showcase merchandise from various FNO online retailers, and the virtual stylists can put together sets according to a set weekly theme, from “Fall Wardrobe Essentials” to “What to Wear on FNO” and “Dress a Style Icon for Fashion Week.” Vogue.com editors will pick the best set daily and spotlight it on their site. Blake Lively, Alexander Wang and Grace Coddington will then judge one week each, and choose two sets for the final. On Sept. 6, Vogue.com readers will be able to vote on the six sets, and the favorite one will win a trip with a friend to New York to attend a Vogue photo shoot and tour magazine’s fashion closet.

This story first appeared in the August 8, 2011 issue of WWD. Subscribe Today.

BIEBER’S SOMEDAY SUNDAE: Justin Bieber’s debut fragrance, Someday, is a fruity concoction designed to appeal to the sweet tooth of the singer’s hordes of teen fans. So it’s fitting that when the fragrance launched in Harrods last week, the London department store created an ice cream sundae in its honor, which mimics the notes in the fragrance. The sundae, called a “Bieber Bocker Glory,” is inspired by the top notes of Someday, and mixes in wild berry and vanilla ice cream, fresh pear, lavender sprinkles and even edible glitter. The treat will be on offer to customers at Harrods’ new Ice Cream Parlour cafe on the store’s second floor, and will cost 19.95 pounds, or about $32 at current exchange. While that might seem a princely sum for an ice cream, all the proceeds will go to the Make-A-Wish-Foundation, which raises money to fund unique experiences for sick children. The sundae will be on sale at Harrods’ Ice Cream Parlour throughout August, while Someday is exclusive to Harrods in the U.K. for the month of August, and will launch nationwide from Sept. 10.

INSIDE POLO: Who says August is a lazy month? Ralph Lauren recently made two major changes to its 4-D installation and presented the result last week midday at KaDeWe department store in Berlin — its 4-D debut in Continental Europe. And rather than showing outside the 888 Madison Avenue building in New York, the polo players, Ricky bags and bottles of Big Pony fragrance came to life inside KaDeWe’s atrium hall. “It’s nice to be able to control the light,” said Ben Fender, director of Drive Productions and the creator behind Ralph Lauren’s 4-D presentation. And Lara Piper of KaDeWe’s marketing team explained, “The occasion to show this installation here was really the hall itself. And of course, to kick off our temporary ‘Design Your Own Polo’ counter,” she said. While the installation was only shown to the public once, shoppers can create their own polo shirt in-store until Aug. 27.

FASHION ON CALL: London designer Richard Nicoll has found a new partner in the technology sphere — Vodafone. During an event at London’s Soho House, the cell phone company said it has partnered with the Australian-born designer for two seasons and will sponsor Nicoll’s spring and fall 2012 shows. In return, the company’s customers will be able to compete for the chance to see the shows and meet Nicoll backstage. Meanwhile on Fashion’s Night Out in London next month, Nicoll and Vodafone will host an event at Asprey in London, during which Nicoll will customize limited edition products for Vodafone customers who have won an invitation to the event. Vodafone and Nicoll are also working on a new accessory that “fuses technology and cutting edge design,” to launch for fall 2012. The partnership is part of Vodafone’s VIP program, which gives the company’s customers the chance to attend events and go behind the scenes in worlds of fashion, music festivals and Formula 1 racing.

TERRY’S THIRD: Terry Lundgren, triathlete? Well, almost. The Macy’s chief was one of 4,000 athletes participating in the Nautica New York City Triathlon early Sunday morning in Manhattan. Lundgren was part of a relay team, taking on the running portion of the race. His wife, Tina, however, took on the whole challenge: a 1.5-kilometer swim in the rollicking Hudson River, 40 kilometers on a rain-soaked West Side Highway and 10 kilometers through a hot and humid Central Park. It was Tina’s first triathlon.

Before the race, she said she’d like to cajole her husband into doing all three sports next time, but it’s hard for him to find time to do the training.

The race was won by professional Ben Collins, while New Yorker Rebeccah Wassner took the women’s title for the third consecutive year.

CASTELBAJAC RULING DELAYED: A French court ruling on the fate of designer Jean-Charles de Castelbajac’s eponymous label, initially expected in July, has been delayed until September, a source close to the matter said. The Commercial Court is due to meet Sept. 6 to examine proposals to purchase the brand, which has entered into receivership, and will likely rule on the matter later that month. One of the bidders, Florida-based Falic Group, which owns Christian Lacroix, has dropped out of the running, the source said. The remaining two bidders are Dominique Bergin, president of bicycle maker Look Cycle, and South Korean sportswear designer and retailer EXR Korea Co. Officials at Castelbajac declined to comment.