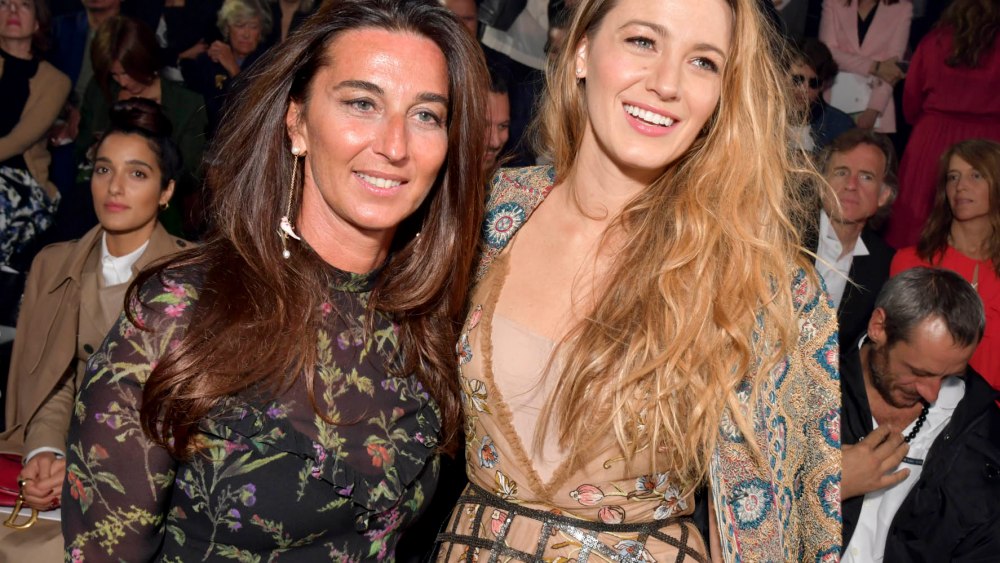 LET’S DANCE: “It’s so hard to see in here, it’s so dark,” said Blake Lively, blindly making her way into the Dior show on Monday at the Paris Longchamp hippodrome. The lights had been shut off in the indoor venue, with rows of beams creating pools of light across the floor. Peering across the space, an excited Lively said it was her first Dior show in around a decade, but the actress, who plays a bigwig fashion p.r. in her latest film, “A Simple Favor,” looked at home in her surroundings. Asked if she was feeling the part, she replied: “Oh, no, no, no, I would not like to do that. They do get a lot of free stuff, though, so that part sounds fun.”

A few rows down, Shailene Woodley was frantically texting her partner, Fijian rugby player Ben Volavola, to make sure he made it to the show on time. The actress said she recently moved to Paris to be with Volavola, who plays for French club Union Bordeaux Bègles. “I’m constantly taking notes on what these beautiful Parisians are wearing,” she said of her new life in the fashion capital.

On the Dior show’s dance theme, with a performance cocreated by choreographers Sharon Eyal and Gai Behar, set to a rhythmic clip-cloppy soundtrack by Ori Lichtik, Woodley said she’s more into acrobatic dance. “I do a lot of aerial work, so dance is infused in that,” she said.

Camille Rowe, who did six years of ballet as a kid, said she recently got back into dance. “Last year I did a video for Poison Girl, for the new fragrance, in the Ukraine. I trained for 10 days with Holly Blakey, who’s an amazing choreographer, and since then I’ve been doing dance classes,” she said.

The actress also talked about the experience of working with Anthony Hopkins on the indie drama “Now Is Everything.” “It was quite intimidating because he’s such a hero of mine, and those eyes, man,” she said scooting to her seat as the lights dimmed.