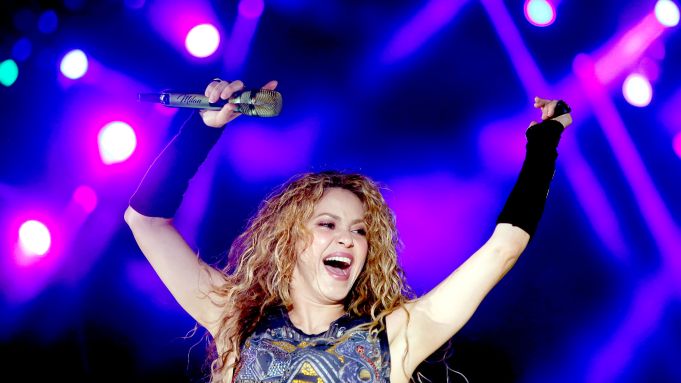 Seven years have gone by since Shakira last toured, but her bold and sexy attitude hasn’t changed.

Ahead of a Los Angeles stop on her “El Dorado” tour Aug. 28 and 29, the Colombia-born singer has recruited L.A.-based designers Juan Carlos Obando and Brian Lichtenberg to create custom pieces for her show.

“Shakira is bold, powerful and very rock ‘n’ roll, so her wardrobe always reflects that,” said Marjan Malakpour, her go-to stylist for nearly 10 years. “She has so many hits, we definitely put a lot of work into creating standout looks that coincide with every song on her set list.”

Malakpour, who helped her create the famous “Hips Don’t Lie” look, has shaped Shakira’s signature look, often described as rock glamazon and mainly consisting of garments that are ripped and provocative.

With a total of six outfit changes that complement both the old and new music, Shakira dons stop-and-stare looks that range from glam rock to traditional belly dancer. The former look is channeled via a customized Balmain T-shirt adorned with Swarovski crystals and paired with custom patch leggings from Lichtenberg. The latter hinges on a custom Laurel Dewitt chain skirt that the singer and Malakpour designed together.

“We both wanted to capture the essence of her ‘Bicicleta’ video, the movement of the sea. The collaboration is something very dear to me as it brings forward a long dream to work with Shakira as we both share the same hometown and similar memories,” Obando said.

The custom gold floor-length Obando dress pays tribute to both the album and the tour’s name. It kicked off in Spain in July and winds up in November.