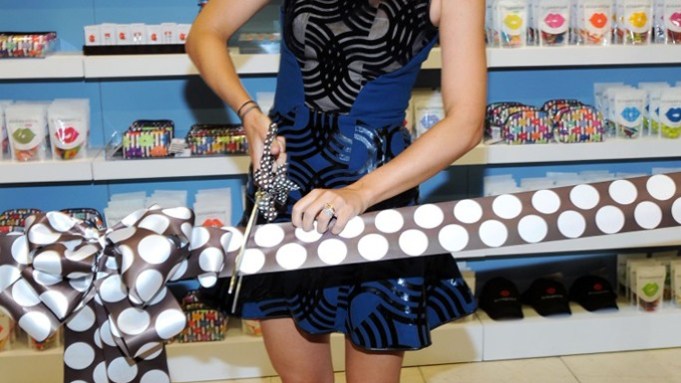 SHARAPOVA’S SWEET SPOT: Maria Sharapova may have pulled out of the U.S. Open Wednesday night due to a recurring shoulder injury, but the tennis champ’s latest project — a foray into accessories under her candy brand, Sugarpova — should keep her busy during her recovery. In continuing her relationship with Henri Bendel, Sharapova has launched an exclusive collection of jewelry, hair accessories, hats, bags and T-shirts with the retailer. All of the items, which range from $22 for a tank top to $58 for a pair of crystal stud earrings, feature the brand’s signature lip motif and are also available at Sugarpova.com. “Henri Bendel was one of the very first supporters of Sugarpova; we actually launched the candy there in [Manhattan’s] Fifth Avenue flagship exactly one year ago,” Sharapova told WWD. “And we were both eager to keep expanding the relationship. The [new collection] will keep the fun, bubbly and sweet vibe going strong.”

In a much-publicized move, Sharapova had been considering a temporary change of her last name to the name of her brand, Sugarpova, but ultimately decided against it. “In the end it just proved too difficult,” she said. “But that’s only the beginning — we want to keep surprising people and sharing the fun.”