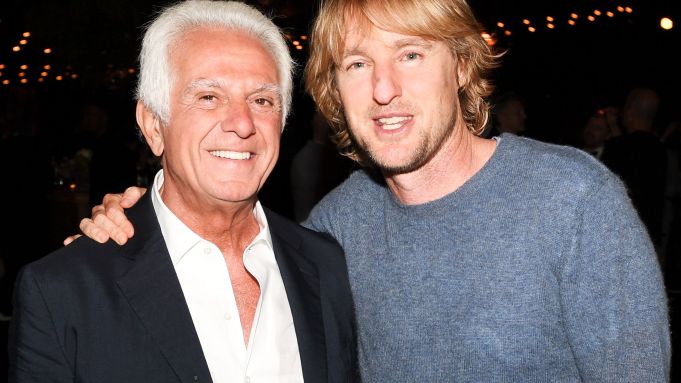 Los Angeles has another fine arts museum feather to add to its cultural cap. Maurice and Paul Marciano finally opened their Marciano Art Foundation in L.A.’s historic Hancock Park (the building itself is an old Masonic temple) with two exhibitions and a pair of celebrations.

“Unpacking: The Marciano Collection,” which includes works by Takashi Murakami, Ed Ruscha and Sterling Ruby, and “Jim Shaw: The Wig Museum” were unveiled before a dressed-up crowd of 600 over the weekend followed by a more casual barbecue.

Among the art supporter celebrities in attendance were Sharon Stone and Owen Wilson, also frequent supporters of the Museum of Contemporary Art (MOCA) gala, where Maurice Marciano serves as chairman; Ryan Seacrest (who is a member of the Los Angeles Country Museum of Art, or LACMA’s, board) and the heads of those respective institutions, Philippe Vergne and Michael Govan and their spouses Sylvia Chivaratanond and Katharine Ross. There was also Eli and Edythe Broad of The Broad Museum; art dealers Larry Gagosian, Mary Boone and Jeffrey Deitch, and artists Murakami, Alex Israel, Catherine Opie, Doug Aitken, Jeff Koons, Jonas Wood and Thomas Houseago.

The Marciano brothers now finally have a place to display and share their vast personal collections, acquired over the last 30 years with earnings from their Guess, Inc. denim empire. Maurice, who stepped back from day-to-day operations at Guess years ago to focus on the art world, has since made other investments, including the wine retailer and restaurant Wally’s in Beverly Hills.