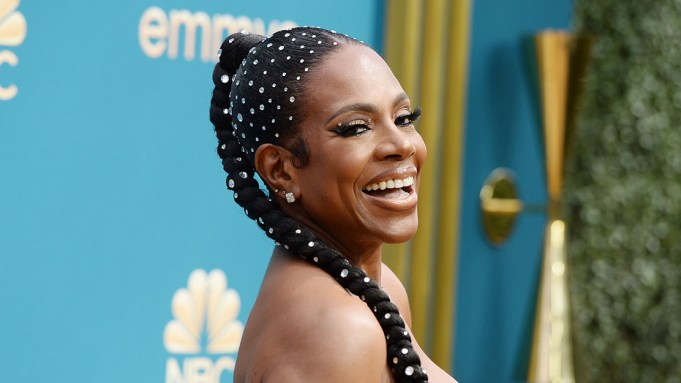 Sheryl Lee Ralph had a standout fashion moment while attending the 2022 Emmy Awards on Monday in Los Angeles.

Ralph wore a strapless black velvet ruched gown by Brandon Blackwood that had a high slit and a train lined in orange on the opposite side. She paired the look with a pair of black pointed-toe stilettos.

Ralph matched the color with a sparkling orange mini bag, which was also designed by Brandon Blackwood. She accessorized with a diamond necklace, two silver bracelets and diamond studs.

Ralph kept her crystal-embellished hair in a braid that cascaded down her gown. Her glam team included hairstylist Ivy Coco Maurice and makeup artist Mila Thomas.

Ralph won the award for Best Supporting Actress in a Comedy Series for her role in “Abbott Elementary.” Her co-stars Janelle James and Tyler James Williams were also nominated for their roles in the ABC sitcom.