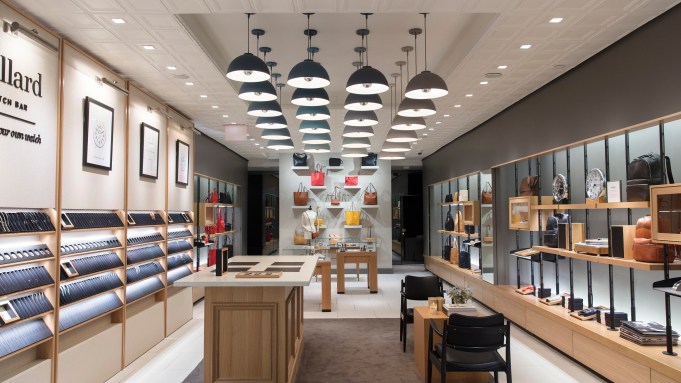 Shinola has parked itself in SoHo. The American accessories brand has opened its latest downtown New York store at 101 Prince Street.

The 1,880-square-foot store is the first boutique to place emphasis on Shinola’s women’s offering. It is the brand’s 25th boutique worldwide and its third in New York City — adding to locations in DUMBO and TriBeCa.

Creative director Daniel Caudill said of the SoHo store’s design: “I think all our spaces are about creating an environment that really introduce people to the brand. People coming in are able to relax, sit down and engage in the brand. SoHo is an extension of that, but a slightly softer version of other stores we have done before.”

Over the past two years, Shinola has expanded its women’s offering via fine jewelry designed by Pamela Love, handbags devised by Richard Lambertson and John Truex, and an evening watch collection with a fashion focus.

These combined efforts have helped level the brand’s business between genders, the firm says. One year ago, 60 percent of sales were attributed to men and 40 percent to women. Now those numbers are nearly even, according to president Jacques Panis.

“The women’s offering is performing well. Our leather team and watch team and jewelry team has really been focusing on the collection to speak to that Shinola lady,” said Panis.

He added of the increased women’s watch offering: “It’s resonated really well, it’s brought in a different Shinola customer, different than what we have seen.”