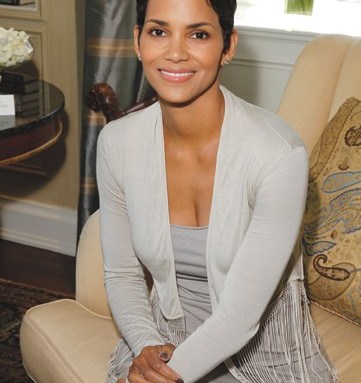 SHOE FETISH: Halle Berry, Vogue’s September cover girl, is about to go deeper into the fashion world. She’s been cast in the film “Shoe Addicts Anonymous,” an adaptation of the best-selling novel by Beth Harbison. The comedy, which will be released in fall 2011, is being produced by Galgos Entertainment’s Russell Nuce and Mark Bozek, and Parallel Media. Bozek was formerly president and chief executive officer of HSN Inc., launched hsn.com, and before that was vice president of broadcasting at QVC. Nuce was previously vice president and general counsel of Wear Me Apparel at Kids Headquarters.

“It’s more ‘First Wives’ Club’ than ‘Sex and the City,” said Bozek of the film, which is about four Chicago women who come together because they’re all obsessed with shoes and wear the same 7.5 size. “Halle related to it. She gets all these serious parts and said, ‘Nobody thinks of me as a comedic actress’ but she’s really funny. She also loves shoes,” he added. Bozek said they’re still in the process of casting three other female parts. The movie will be filmed this fall in Chicago and Michigan.

Bozek is also involved in another fashion project that puts his home shopping background to work. He and Nuce are the executive producers of “SelleVision,” which is a black comedy about a fictitious shopping network. A half-hour pilot, written by Bryan Fuller, creator of “Pushing Daisies,” will air this fall on NBC.

SHANGHAI SURPRISE: In Bottega Veneta’s case, one way to warm locals’ hearts beyond accessories and ready-to-wear is through music. As part of the World Expo in Shanghai, the Italian house is sponsoring the world premiere of Tan Dun’s “Martial Arts Trilogy” on Aug. 7. To mark the occasion, the brand is also launching a micro-site next Monday, which is accessible via bottegaveneta.com and will feature an online auction of a special edition Bottega Veneta handbag replete with four tickets to the concert. For those whose bids don’t win, 25 more such bags are available at 11 Bottega Veneta stores across China. The sale of these bags will benefit the Spring Bud Project of the China Children and Teenagers’ Fund.

NEW DEAL: Diesel Group won’t be renewing its 16-year-old licensing agreement for eyewear with Safilo Group when it expires on Dec. 31.

Diesel Group’s eyewear business accounted for 2 percent of Safilo’s 2009 revenues. Diesel’s in talks with a new licensee, the identity of which could not immediately be learned.

ART OF THE SCARF: Following the success of Burberry’s “Art of the Trench” project, Hermès is celebrating its silk scarves with a fanzine, a Web site and a series of global events highlighting different ways of wearing the iconic carré. British photographer Matt Irwin, art director Dean Langley and stylist Francesca Burns traveled to New York, London, Tokyo and Paris for the “J’aime mon carré” (“I love my scarf”) project, which portrays four women and their scarves in playful and lighthearted settings. There will shortly be a dedicated Web site, jaimemoncarre.com, which will also include “how-to” instructions on knotting the scarves and details of special events from Australia to the Czech Republic. In Paris, concept store Colette will host a special orange box — inspired by the luxury firm’s trademark packaging — from Sept. 27 to Oct. 16 selling limited edition Hermès for Colette scarves and lozenges.

OPENING CEREMONY FOR FRANCOPHILES: It’s that time of year again. Opening Ceremony revealed its latest lineup of internationally inspired collaborations. This year’s country of origin is France so, come September, Opening Ceremony’s New York, Los Angeles and Tokyo stores will be overrun with novelty merchandise sourced from the fashion capital of the world. Ladurée, Carven, Jean Paul Gaultier, agnès b., Repetto, K. Jacques and Maison Michel, the accessories line by Chanel’s head accessories designer Laetitia Crahay, are among the labels creating specialty, limited edition collections for the store. Customers can expect a Western kitten-heeled ankle bootie from Repetto for Opening Ceremony, and a 10-piece range of animal ears, headbands and hats from Maison Michel for OC. And in what OC co-owner Humberto Leon describes as an “unexpected choice that felt right,” there will also be a capsule collection of clothes featuring prints based on the exotic animals found in Deyrolle, Paris’ foremost taxidermy house, which he discovered on a tip from Jason Schwartzman.

LUNCH LINES: Banana Republic creative director Simon Kneen and “Mad Men” costume designer Janie Bryant didn’t get much sleep the night after the retailer hosted the season four premiere of the Emmy-winning show. The duo was back at the Sunset Tower Hotel the next day to host a luncheon celebrating their second collaboration on the “Mad About Style” campaign, which schools shoppers in the finer points of 9-to-5 and cocktail hour dressing. “We met for the first time when filming video blogs for the campaign, and we hit it off so well that AMC better watch out, we may be doing our own show,” laughed Kneen. Meanwhile, Bryant shared some tricks of her trade, such as using upholstery fabrics to achieve a vintage look for her costumes, and altering collars and sleeves from rental house pieces. “They win out in the end, because, for every one piece that gets lost or damaged, we have to give them five of our costumes,” she said.