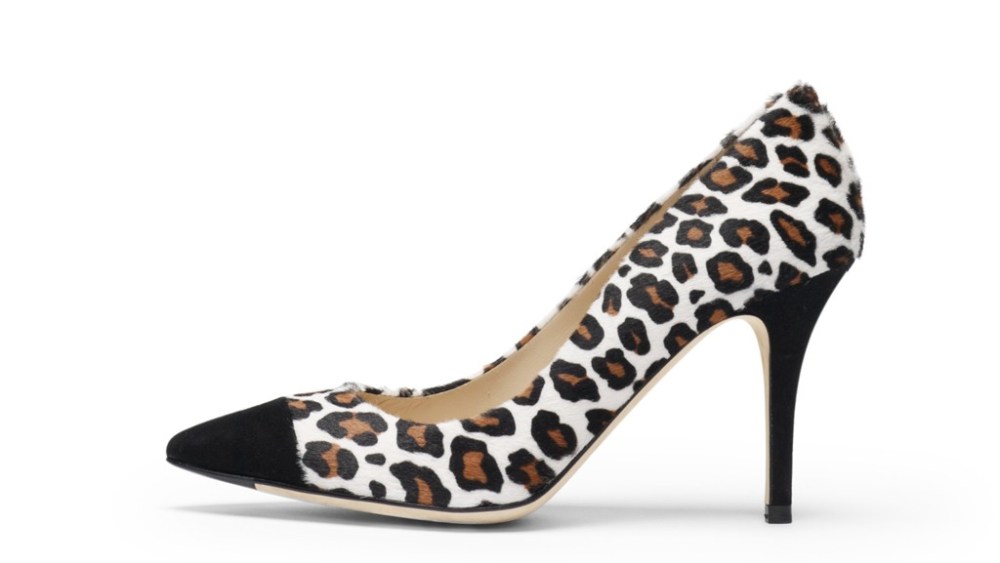 SHOE & TELL: Club Monaco is launching its first shoe collection this August, available in select stores and on its Web site.

Priced between $198 and $395, the fall collection will include smoking slippers, pointed-toe flats, booties and pumps in exotic skins, leathers, pony hair and suede. The Italian-made collection totals 25 styles, and it incorporates animal print, python, lizard detailing, studs and gold and metallic leathers.

For its first year, the collection will hit the brand’s Bloor Street location in Toronto, as well as its Fifth Avenue, SoHo and Bleecker Street units in New York. The four stores will be modified to include a shoe salon in time for August and October deliveries.