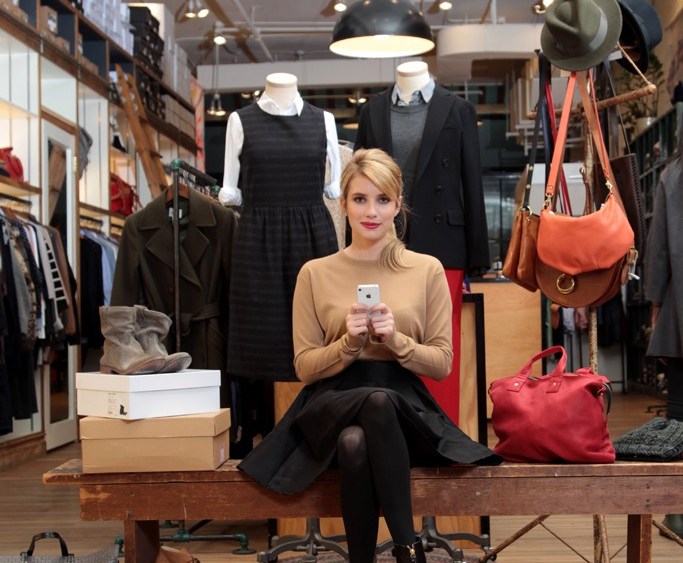 SHOP SMART: Snapette, the location-based social shopping app launched in 2011 by Harvard alumni Sarah Paiji and Jinhee Ahn Kim, has tapped actress Emma Roberts as its new fashion adviser. As a featured user on the app itself — posting photos of things she wears and buys — Roberts will also contribute to the Snapette.com blog to discuss her favorite trends and must-haves.

“You can upload photos like on Instagram, but then it’s also like Yelp in a way — that you can find what stores are nearest to you, which is awesome,” Roberts told WWD. “It’s great, because I’m always the kind of person that’s like, ‘Where did you get that?’ ”

In addition to various one-off and vintage boutiques, Snapette has partnered with designers like Diane von Furstenberg, Vince Camuto and more. Some of Roberts’ favorites include Otte, Curve and Steven Alan. Available for free via the iTunes store, the app will also launch a version for Android on Oct. 23.

In addition to being heralded a style setter (Nanette Lepore recently tapped her as a muse for her Vogue Eyewear collection), Roberts recently finished filming her part in the comedy “We’re the Millers” with Jason Sudeikis and Jennifer Aniston.

“Jennifer is one of my fashion and career icons and [the opportunity] was unreal,” Roberts said. “She made my summer.”