In April, tie-dye was king, while the following months saw activewear brands embark on a new "race" in sustainable innovation.

Amid a pandemic, a curiosity for campers arises along with other earthy themes.

Some elements of fashion will always be escapist or fantasy, which given the recent events, may be even more favorable for consumers looking to catch a break from reality amid a pulsating few weeks. Will hippie-esque spring trends carry into summer?

TIE-DYE’S REVIVAL: For independent brands like La Detresse, the label cofounded by Alana Hadid and Emily Perlstein, and Brooklyn-based label Softwear (and many others), euphoric tie-dyes offer a sense of escapism.

Sabrina Zohar, founder of Softwear, didn’t start off in tie-dye for her Modal lounge sets, but found herself in a “COVID-19 pivot,” fulfilling the orders by hand after moving inventory from her warehouse in Brooklyn Army Terminal.

And as the early spring months amid the pandemic have shown, demand was palpable for such themes. According to search analytics platform SimilarWeb, searches for all tie-dye related keywords and phrases in the U.S. hit a peak this past April at about 2.35 million searches, higher than any other month over the last 12 months.

Organic traffic will reveal more “DIY” than buy with Tiedyeyoursummer.com, YouTube.com, Amazon.com and joann.com as the leading web sites amid April while stay-at-home orders and citywide shutdowns were largely still in effect opening up time to create.

A spokesperson for Rit Dye offered more confirmation, saying: “We have seen an unprecedented increase in demand — like nothing I have ever seen.” With its Indianapolis manufacturing plant shut down for a month and only back up and running in early May, Rit is still playing “catch up.”

Despite origins in Western African, Pre-Columbian Peruvian and Japanese textile and dye traditions, festival Woodstock — first held in August 1969 — is most synonymous with tie-dye’s Western reiteration.

“From what is taking place politically and environmentally around the world, a lot of us are looking for an outlet to express our frustration with the world and the colorful, imperfect designs that come from tie-dye can represent that,” the Rit spokesperson said.

Rit is also looking at its role among the resurgence of environmentalism today among younger generations, especially Generation Z. According to a study commissioned by Rit, “if you save four shirts with our nontoxic dye, you’ll actually reduce your CO2 emissions by 74 percent.”

The brand’s creative director Kristie Dzurnak said: “People are finding appreciation for the outdoors now more than ever.”

Despite closures to numerous U.S. national parks due to COVID-19, recent visitation data for Yellowstone National Park (which partially reopened in Mammoth Hot Springs, Wyo., in early May) found Memorial Day weekend visitation through its east and south entrances to be “very comparable to the 2019 Memorial Day weekend.”

The collection employs recycled materials — including post-industrial and post-consumer cotton and recycled plastics — and features motifs of a grinning earth, faded solar systems and mantras of: “peace.” 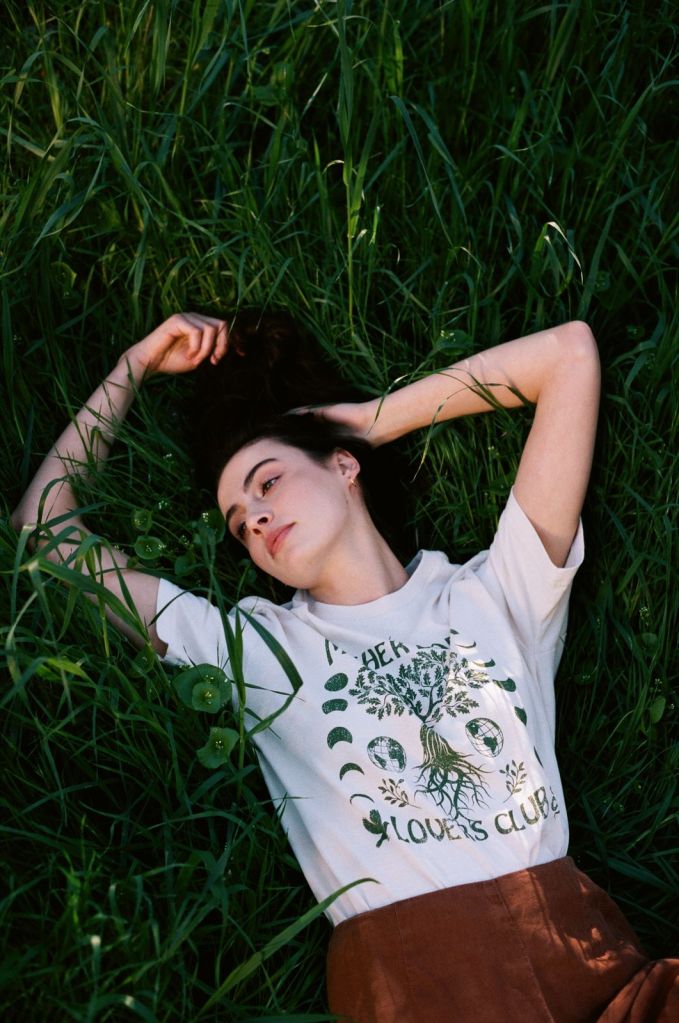 A NEW “SPACE RACE”: It appears in footwear, the new “race” will be a cross-industry collaboration to engineer carbon-neutral performance shoes.

In May, Adidas and Allbirds announced a collaboration on what the brands claimed would be the lowest-ever carbon footprint for a sports performance shoe by 2021, meanwhile, Nike announced the latest Space Hippie collection.

The newest Space Hippie collection, including styles 1, 2, 3 and 4 are available at retail starting June 11 with a price range between $130 and $180. Already, the brand has set the bar high at a mere 3.7 kilograms of carbon in its Space Hippie trainer.

Nike’s achievements in Space Hippie speak to its larger circular design ethos and its “Move to Zero” initiative.

Speaking to certain Sixties parallels — with SpaceX and NASA marking a new era of U.S. spaceflight and even the countercultural catalog “Whole Earth Catalog” partly inspiring Space Hippie designers, sustainable design lead Noah Murphy-Reinhertz said: “The ideas are there but the tools are now so much more democratized and in many people’s hands.” 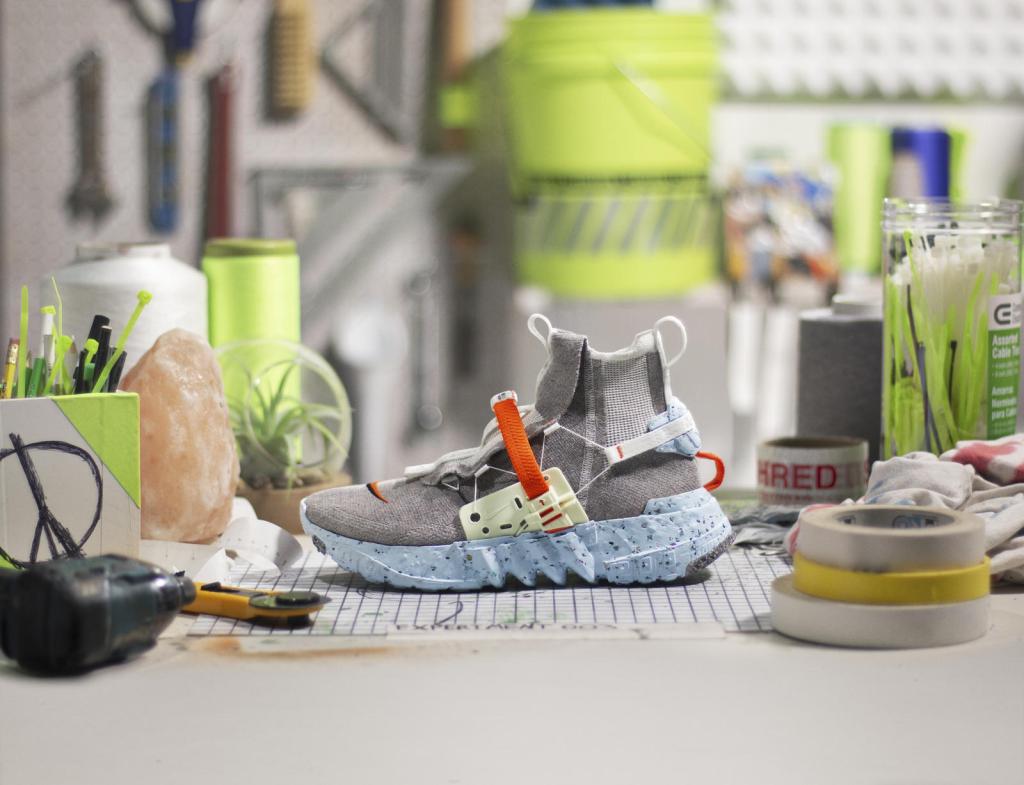