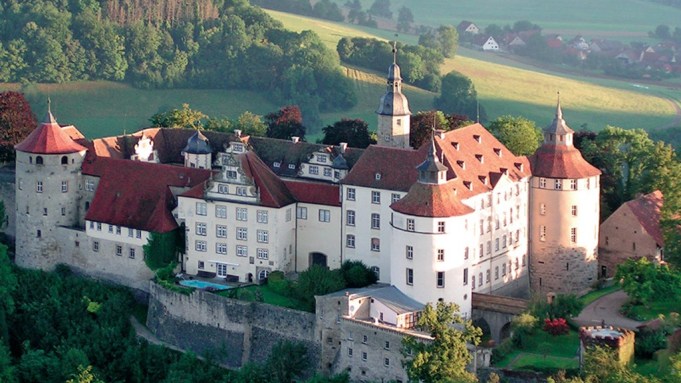 RING IN THE NEW YEAR: Murray Moss and Franklin Getchell opened up their Olympic Tower pad Tuesday night to show off the rings and other finery designed by Cécile zu Hohenlohe. Born in southern Germany at Langenburg castle, the ancient family seat of the princely House of Hohenlohe, the designer brought along her great grandmother’s jewel casket, which inspired her work. Her grandmother Princess Alexandra of Saxe-Coburg, who was the granddaughter of both Tsar Alexander II and Queen Victoria, once kept her dowry of rubies and diamonds gifted by the tsar, stowed away in the blue velvet-lined trove.

Most of the jewels were destroyed in a 1963 fire. “Ghostlike, the jewels appear to still occupy the treasure box. Contemplating the blue ‘emptiness,’ I realized it wasn‘t a void, but rather a fertile ground of inspiration and imagination from which my own work would emerge,” she said.

While the contrast of the natural beauty and gilded setting at Langenburg influenced the designer’s creations, other factors also came into play. After moving to London in her late teens to go to art school, she joined the workshop of Tom Dixon and eventually managed his Space gallery in Notting Hill. In 1995, she picked up stakes for New York where she launched the art book program at TeNeues Publishing. During that time, zu Hohenlohe started consulting with designers, artisans and producers such as the renowned porcelain manufactory Nymphenburg. In 2000, zu Hohenlohe relocated to Paris where she continued along that path, helping to restore estate in the Southwest of France among other things. Now based in Germany, she is showing her rings by appointment in New York for the next few weeks.